Wizkid has achieved more outstanding international feats as his single ‘Come Closer’ featuring Drake has been certified ‘Platinum’ in the UK and ‘Gold’ in Australia. 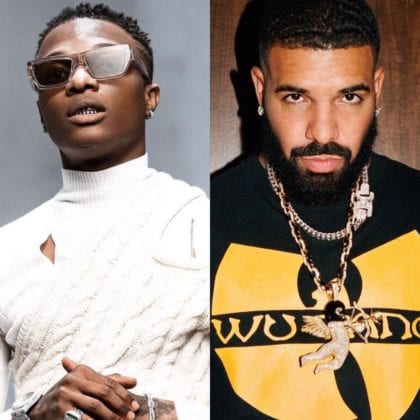 A tweet from Africa Facts Zone on the 16th of April confirmed the latest feat achieved by Wizkid. According to details from the tweet, Wizkid’s ‘Come Closer’ featuring Drake has been certified Platinum (600,00 sales) in the UK 600,000 units and gone Gold (35,000 sales) in Australia. The tweet below; 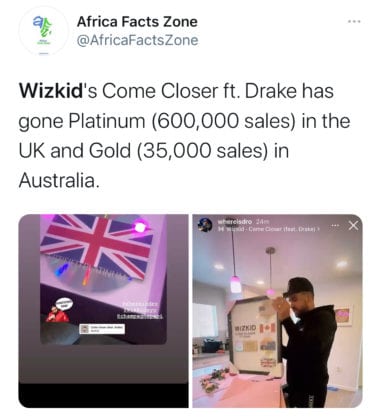 Leandro Hidalgo (the mixing engineer for Come Closer) took to his Instagram account to show off a plaque for the new feats; 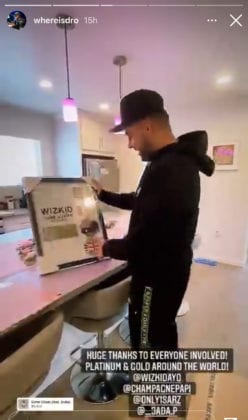 According to the BRITS Certified Awards website, currently singles are awarded Platinum status when, based on Official Charts Company data, they achieve 600,000 units, Gold for 400,000 units and Silver for 200,000 units.

On the 15th of January 2021, Music Canada announced via a tweet that Wizkid’s ‘Come Closer’ featuring Drake had gone platinum in Canada.