Nigerian superstars, Wizkid and Tems have won the Collaboration of the Year at the 2021 Soul Train Awards for their smash hit, Essence.

The 2021 Soul Train Awards has been completed with Wizkid and Tems grabbing a win together for Collaboration of the Year. The show was held on Sunday, the 28th of November 2021. 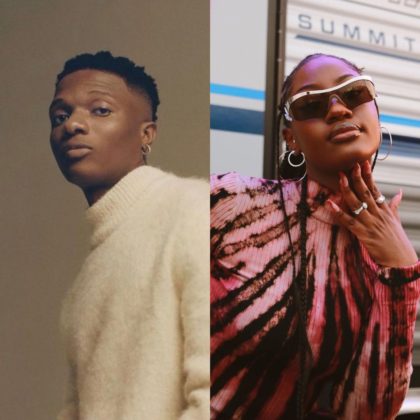 The Soul Train Awards is an annual music award show that rewards the best of the best in African-American culture music and entertainment. This year's nominees list is headed by H.E.R who grabbed with nominations including Album of the Year and Best R&B/Soul Female Artist. Jasmine Sullivan and Chris Brown are just behind H.E.R with six nominations each. Bruno Mars emerged the eventual biggest winner on the night with three awards to his name.