One of the hottest summer jamz in Nigeria and some parts of the world right now, Essence by Wizkid and Tems, has reportedly reached a million Shazam. 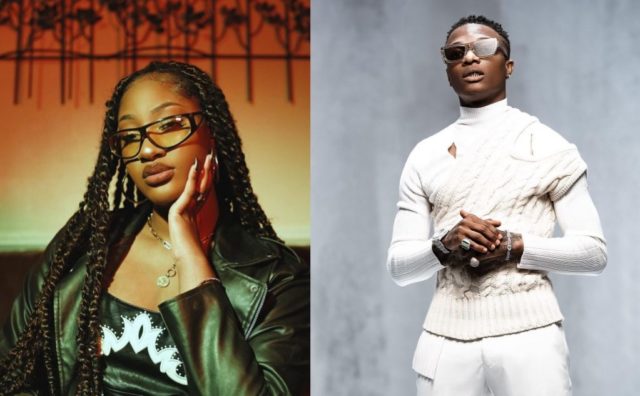 This was made known by the music searching app, Shazam, via their Twitter page on the 4th of August 2021 where they announced that the song has reached one million shazam. 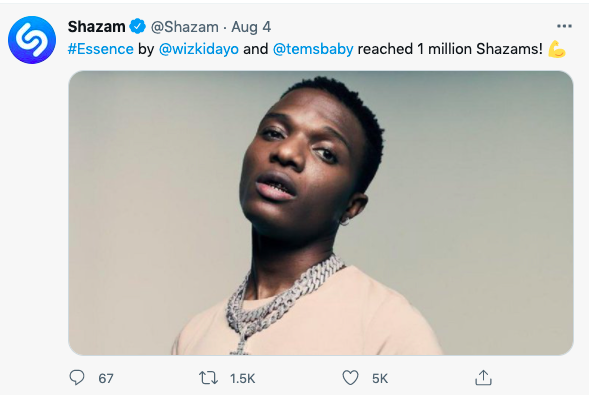 This tweet got celebratory and hilarious responses as some Twitter users expressed their excitement about the spread while a few Twitter users slammed Wizkid and called the achievement a publicity act that was paid for. 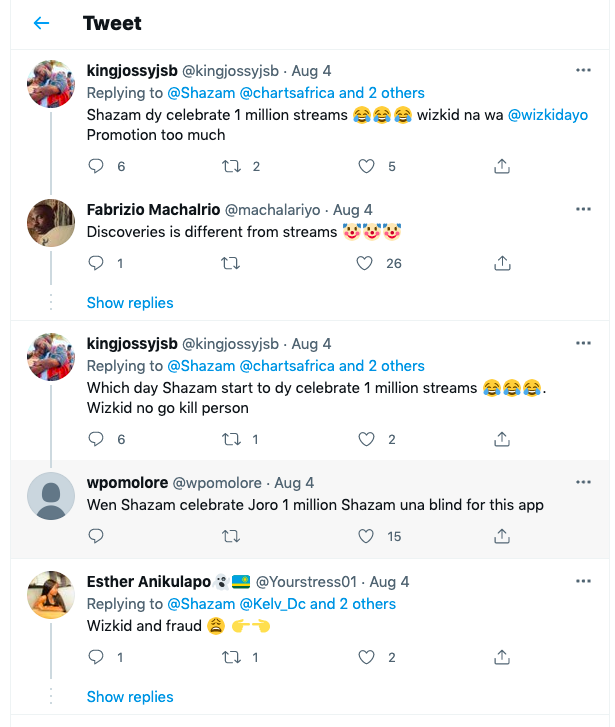 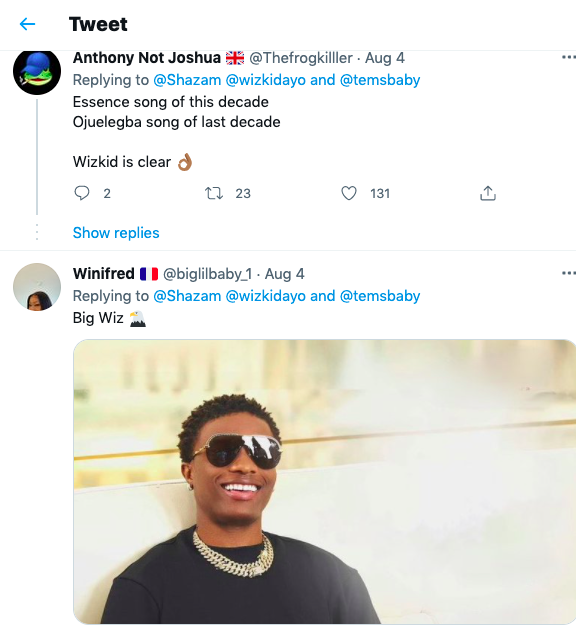 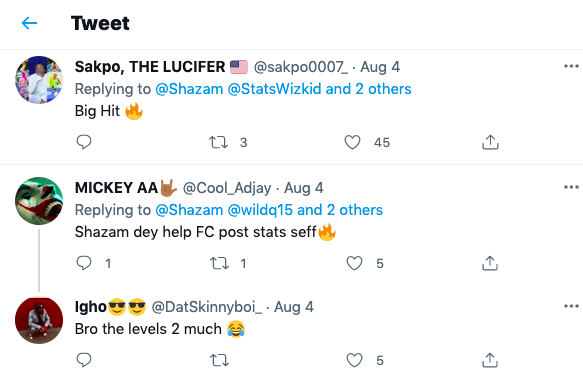 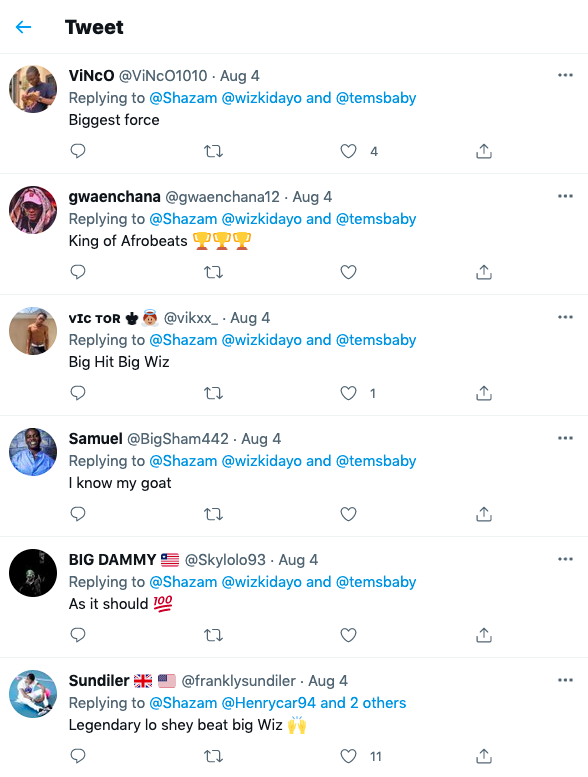 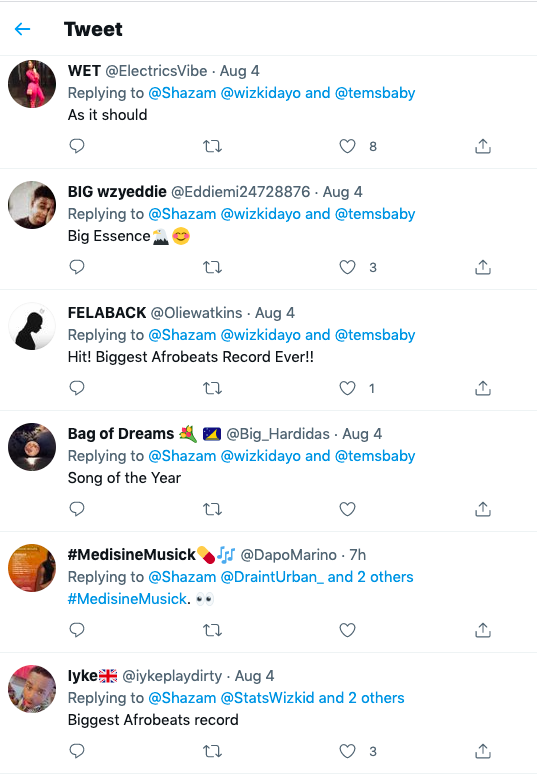 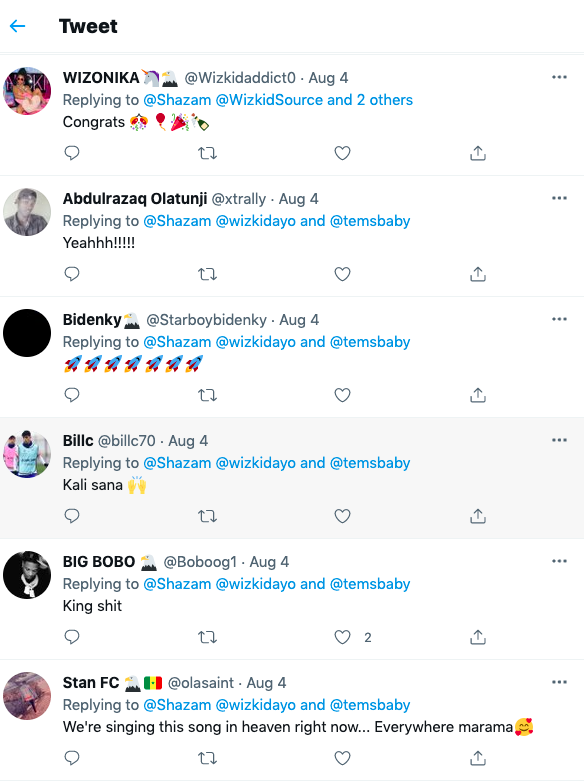