Why I Featured Mayorkun & Busiswa On Kilofeshe - Zinoleesky 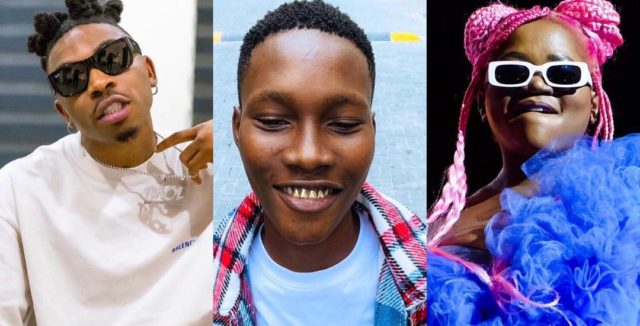 Nigerian sensational singer, songwriter and recording act, Oniyide Azeez, popularly known as Zinoleesky, has made known why he featured DMW superstar Mayorkun and South African songstress Busiswa on the remix of his smashing tune 'Kilofeshe'.

In an interview with CloutAfrica, the Marlian music singer revealed that he had always wanted to feature Mayorkun on a song, and after releasing the smashing amapiano tune "Kilofeshe," a couple of his friends told him to put Mayorkun (who was on a killing feature run at the time) on the song's remix, so he decided to reach out to the Mayor of Lagos for the remix.

Speaking about the reason South Africa's Busiswa was also in the song, Zinoleesky simply stated that the remix needed someone with an original amapiano vibe, considering that the genre is dominantly from South Africa.

Speaking further in the interview, the 25-year-old star made it known that he would rather make a fresh song rather than re-record an actual song. He also promised his fans that he would continue to churn out hit songs for their enjoyment.