#WeAreTired: “I Believe Every Rapist Deserves To Die…” – Don Jazzy 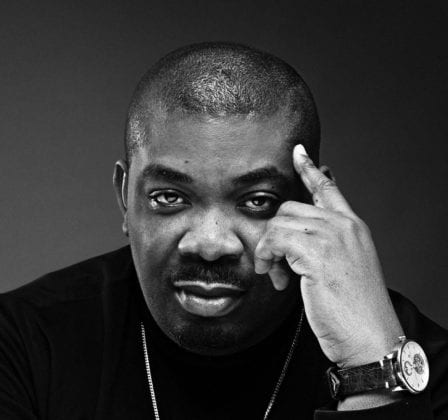 Popular music producer, Don Jazzy has revealed that death is the most appropriate fate that should be meted to rapists because of the lives their acts will ruin.

This stance was made public by Don Jazzy on Instagram where he revealed his disbelieve at the number of abused women who, in seated anger, tweeted about their pains suffered from the hands of an abusive man.

In the words of Don jazzy;

“I saw a thread on Twitter, different ladies writing about their traumatic rape experiences. I can’t begin to imagine how these women feel. The pain they suffered and are suffering mentally everyday. It is so heartbreaking. I believe every rapist deserves to die. If you are a rapist out there and you see this, you should be ashamed of yourself and I want you to know that one day you will pay for your barbaric crimes. This goes to rape apologists too and those that know a rapist and is protecting them. SHAME ON YOU. #saynotorape #JusticeforUwa #JusticeforTina #WeAreTired” 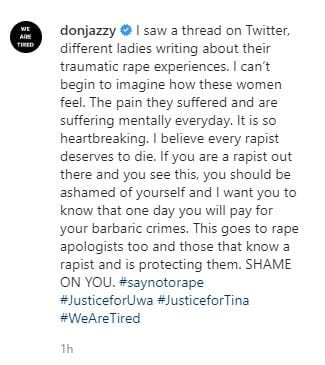