Rudeboy Reveals Why He Titled His Album "Rudykillus" | WATCH

Nigerian singer and former member of the defunct P-Square group, Rudeboy has revealed why he titled his new album, Rudykillus in a new interview with Beat FM.

Rudeboy told Toolz and Nadine of Beat FM in his new interview on the Morning Rush belt that his fans inspired the title of his album. The interview was shared via Youtube on Monday, the 9th of August 2021. 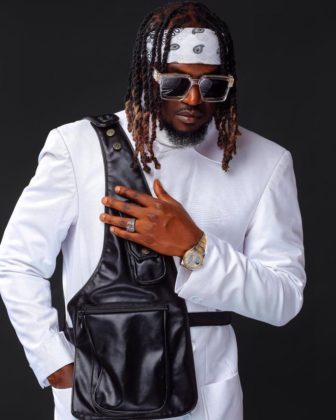 The fans! Everytime I dropped a song, they'll be like "Rudy you've started killing us. Rudy kill us". Now the new one that started saying now is "Rudy when you go bury us?" I'm telling you. I said please don't go there o.

Rudeboy recently dropped his debut album and also revealed in his interview with Beat FM that it took him a year before he started making music as a solo artist after the P-Square split.

The 'Rudykillus album comes with a lot of surprises, it consists of twelve solid records, and it is without a single collaboration. Fast-rising beatmaker Chrisstringz produced nine tracks on the album, the other three were produced by Sele B, Orbeat and Lordsky.