Nigerian singer, Lojay in his new video interview on TVC revealed that watching Wizkid and his growth inspired him to take up music as a profession.

Lojay was speaking in a new video interview on TVC when he explained that Wizkid was definitely one of the reasons why he decided to do music in the first place. The video was shared via YouTube on Thursday, the 7th of October 2021. 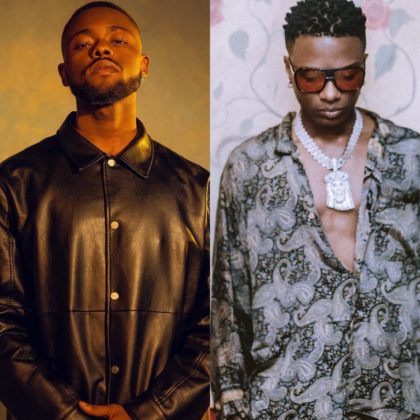 Speaking during this new interview, Lojay explained the idea behind his name and also spoke about how he met Sarz. He revealed that he met the producer through his lawyer and when he sent a few songs to him, Sarz was immediately sold and requested for an EP. That joint EP turned out to be his debut project, LV N ATTN which was released this year and features Wizkid himself on the title track.

In the video interview with TVC, Lojay was asked how the song with Wizkid on his LV N ATTN EP happened. He then proceeded to tell them how he had always told his friends that be will have a song with Wizkid, and it happened on his very first project. According to him, Wizkid was the main inspiration for him even decided to take up music seriously.