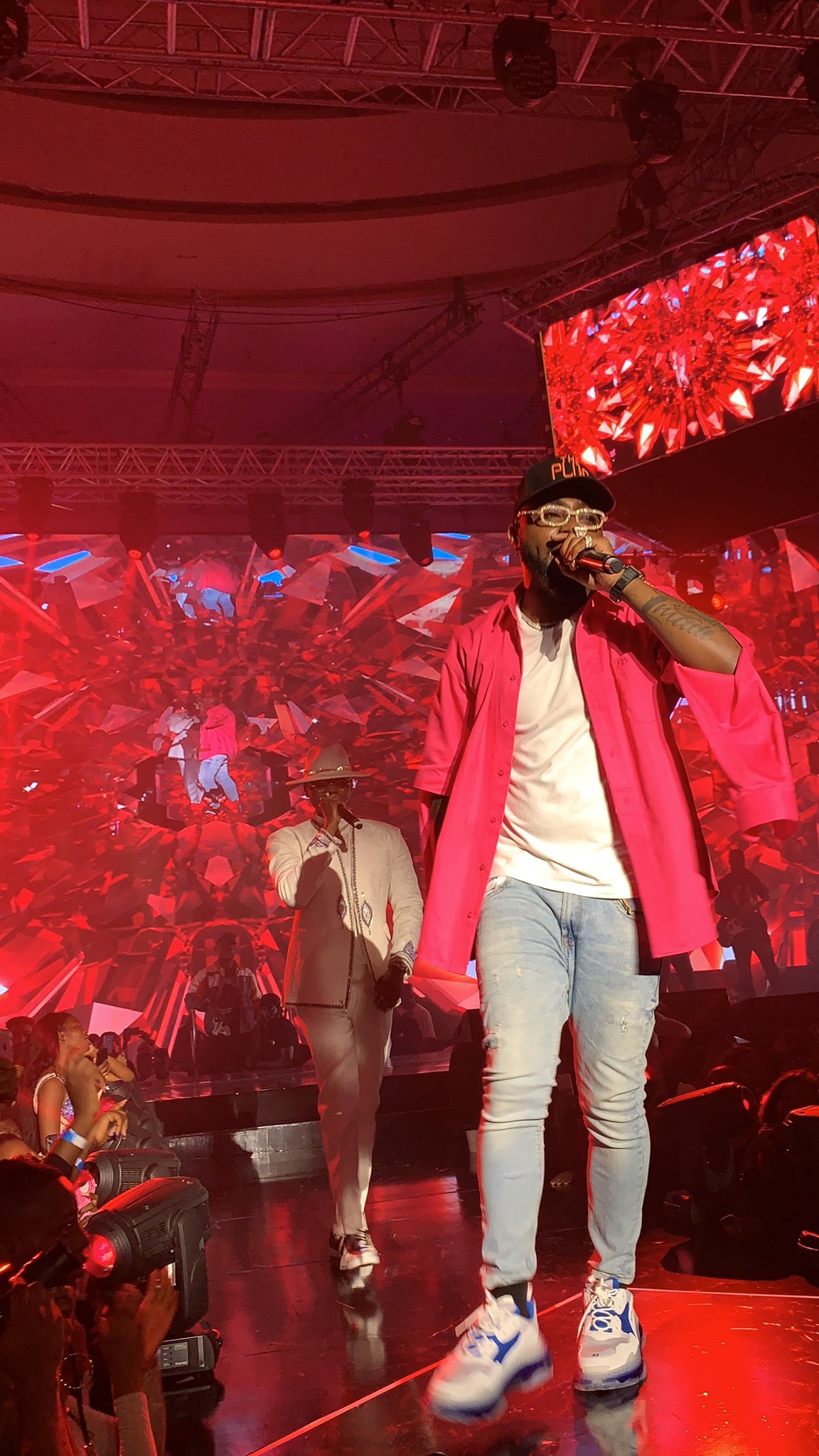 Details of Kizz Daniel and Davido Performance together on stage

Although G Worldwide threatened, Kizz Daniel held his event yesterday; it was a successful event, as it sold out the Eko Hotel Convention Center, and had superstars like Davido, Olamide, Mayorkun and Tiwa Savage in attendance.

One of the highlights of the night came by Davido. The superstar who reportedly had beef with the "Jaho" artiste over the slapping of his (Kizz Daniel's) manager. That ship seemed to have sailed as they took to the stage together and performed the hit song "One Ticket."

DAVIDO CAME THROUGH FOR KIZZ!
It’s glad to see they’ve settled! 2 KINGS!! It was a blast!pic.twitter.com/IH4jOOdHoy

What a way to round up the year for Kizz Daniel.