Nigerian singer, Fireboy DML in his recent interview with Pitchfork was asked to give his opinion on certain things that the producers picked randomly.

Fireboy DML had to tell Pitchfork during the interview if he thought the thing was overrated or underrated and then give his reasons for it. Pitchfork posted this interview via their Instagram page on Tuesday, the 3rd of August 2021. 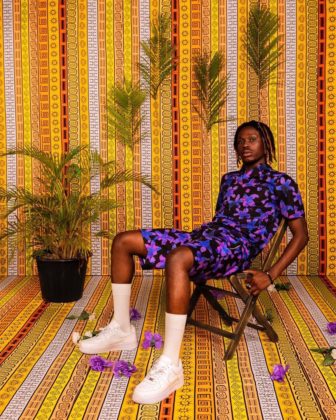 Fireboy DML told Pitchfork in the interview that he thinks sad songs are underrated. He says there are so many perks to sad songs and people should not just associate with doom and gloom all the time. Fireboy said there's a kind of reassurance sad songs give you at times. The singer also believes love letters are overrated. He tells Pitchfork during the interview;

Overrated as f**k! I mean, it used to be romantic. You know, in the Victorian era, probably. But I mean now, just send a text. Or just see them in person. I think that's very important. I think if you're going to express yourself like that, it's better to do it in person, so you can see the person. The person is going to look into your eyes, cause the eyes don't lie. You can lie in your words and stuff, but the eyes don't lie. You can look into the eyes of the person and express yourself.

In his interview, Fireboy DML also explained to Pitchfork why he wears eyeglasses all the time. He said as an artist, he sometimes has longer nights which leads to eye bags and sunglasses are the best way to cover them up.

#BBNaija: I Have a Relationship Outside the House - Angel Reveals