Nigerian singer, Burna Boy has revealed a personalized bag of Doritos chips with his name on it in a new video posted via Instagram stories.

Burna Boy who held a concert last night in the UK shared the video of himself holding his personalized bag of Doritos chips. He shared this via his Instagram stories on Saturday, the 18th of September 2021. 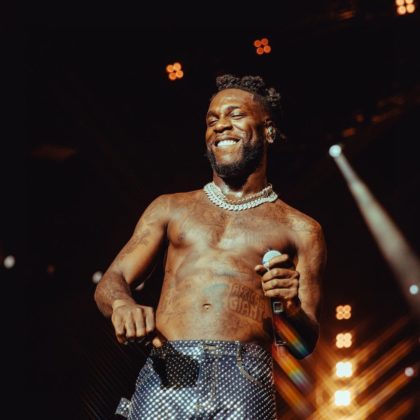 Yesterday, Burna Boy revealed that he is putting his next album on hold until further notice. He said;

I might decide to NOT drop an album for a Loooong time. In fact U know what, NO album till further notice.

Burna Boy shared the video of himself holding the personalized bag of Doritos chips just before he got on stage to perform at his latest concert in the UK. The singer is currently on tour for his last album, Twice as Tall which dropped last year. So far, he has touched the O2 arena in London with a sold-out performance. He also performed in Greece recently and then back to England, where he famously watched Manchester United’s game before performing on stage later that day with Paul Pogba.