Warner Music Group has announced a new licensing agreement with artist-first music streaming platform Audiomack. This makes the record company’s diverse catalogue available on the service across Africa, Canada, and Jamaica for the first time. Audiomack, which boasts more than 16 million monthly active users, will also provide support for WMG’s A&R research activities across these territories. 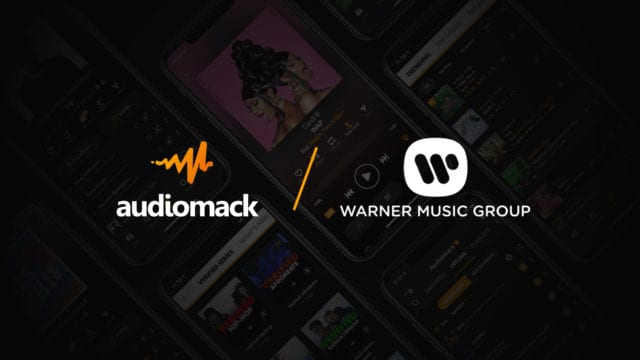 Alfonso Perez Soto, Executive Vice President, Eastern Europe, Middle East, and Africa, for Warner Music, says: “This deal is another important step in growing Warner Music Group’s presence in Africa. Under the new deal, not only will our teams benefit from a range of key A&R, marketing, and data commitments in Africa, but it will also help support our African artists’ international expansion into the US and western markets. Audiomack is incredibly popular and influential in global youth culture scenes and in the process of breaking new artists worldwide, so I’m excited to see our African artists become part of the platform.”

Over the past few years, Warner Music Group has made many strategic deals and investments that have seen the company become a key player in the African market. In 2019, WMG announced a pioneering partnership with Chocolate City, the most influential independent record label in Nigeria. And earlier this year, WMG announced its investment in Africori, Africa’s leading digital music distribution, music rights management, and artist development company.

In a quest to bolster its presence across the continent of Africa, Audiomack also opened its first international office in Lagos, Nigeria, earlier this year.