Nigerian singer, Wande Coal looks set to release a new collab with Ikechukwu as he has shared a teaser video of the new song and it is sounding amazing.

In the teaser video, Wande Coal was singing along to the song they had just made together and Ikechukwu who was beside him also sang along to his part. The video was shared via Instagram on Saturday, the 9th of October 2021. 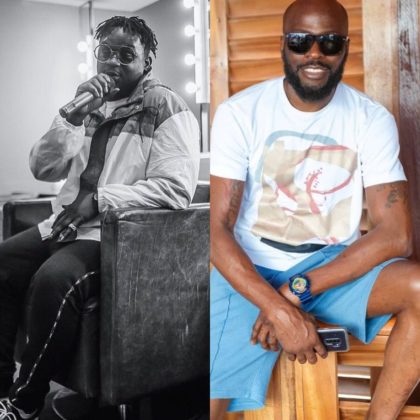 Veteran rapper, Ikechukwu was on the now-defunct Mo’Hits Records roster along with Wande Coal back in the days. They worked on countless songs together as part of the crew that locked down the music industry for years with Don Jazzy at the reins. The most popular one of those songs is Kiss Your Hands off Wande’s debut album, Mushin 2 MoHits. Wande Coal was also a Mo’Hits posse who turned up for the rapper’s wedding in May.

In the teaser video, Wande Coal and Ikechukwu are seated together while the singer is on Instagram live and he goes ahead to play their song together.