Davido and CKay teamed up to make a smashing tune titled "La La' and a video of them making it has surfaced. 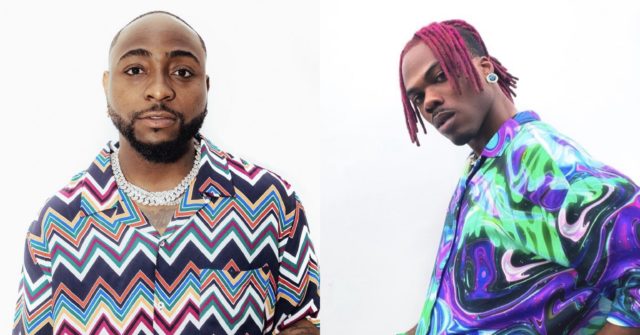 Nigerian afrobeats poster-boys Davido and CKay teamed up to make a smashing tune titled "La La' and a video of them in the studio recording and vibing to the song has surfaced online.

Recall that DMW frontline act and boss Davido secured the services of buzzing Nigerian, singer, songwriter and Africa's Boyfriend CKay, to release a smashing Afrobeats/Amapiano-infused tune off his album "a better time," released in November 2020.

In a trending video, the duo were seen recording the song, and it was a complete vibe in the studio.

Watch the Viral Video Below