VIDEO: Nengi Reveals Her Love For Don Jazzy … But At What Age?

Nengi just revealed that she had always loved Don Jazzy while speaking with Ozo. She sent a DM to Don Jazzy on Twitter in 2013 asking why he would love Rihanna when she could be his Rihanna. 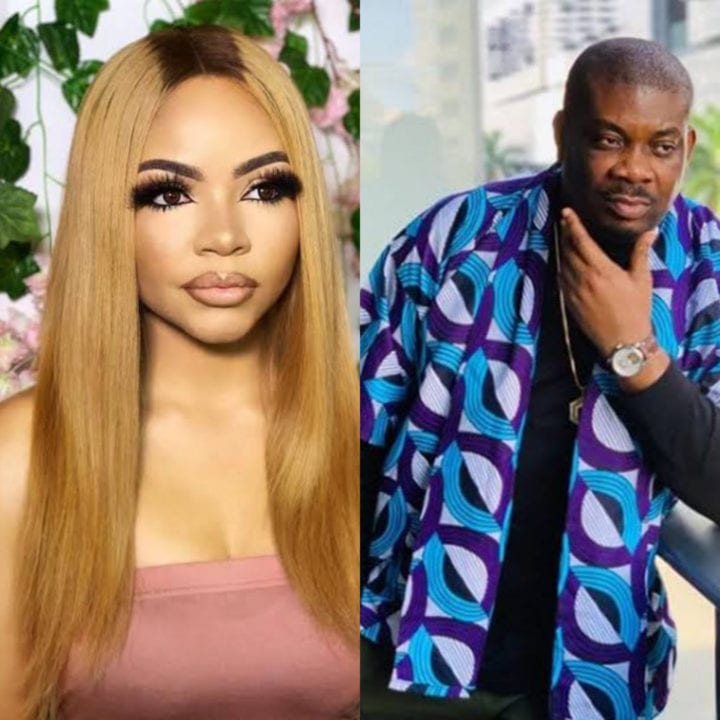 According to her, she was 15 or 16 years old and in secondary school when she had this huge crush on Don Jazzy. Though she seemed to struggle trying to calculate the age and make people believe why a 15-year-old will be all over Don Jazzy.
She had previously told the Housemates that she is 22 and has received a lot of backlash from fans who think she was trying to shield her real age from the public, hence the calculation to corroborate previous given age.

She blushed throughout having this conversation with Ozo and we think Don Jazzy might be her lucky charm as she shoots this subtle shot towards him.