VIDEO: Burna Boy Would’ve Been A Boxer If Not For Music – Watch!

African Giant Burna Boy has revealed he would’ve been a boxer if not for music through a zoom call with Israel Adesanya. 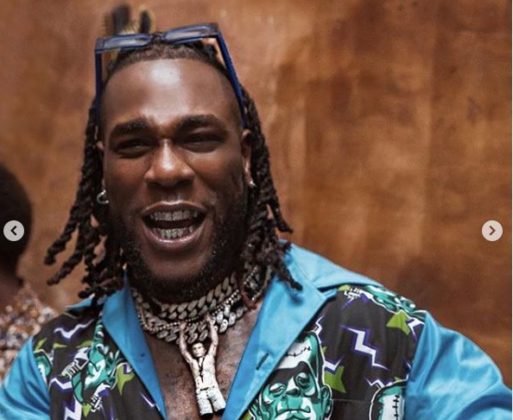 This information was revealed by the Grammy-nominated artiste in a recent conversation with Nigerian-born New Zealand professional mixed martial artist, Israel Adesanya who prompted the response with his statement; “my manager was telling me if you weren’t doing music you would’ve fought” and Burna Boy responded with “yea,  most definitely” and when asked if he had ever boxed before, he said “yea, I used to do boxing” while Israel Adesanya revealed he used to dance but the problem was that he couldn’t sing.

It was a beautiful chat between two friends who are doing their bits in different ways to bring respect to the continent of Africa.

They talked about other things such as Coronavirus and catching up soon that can be watched in the video below;