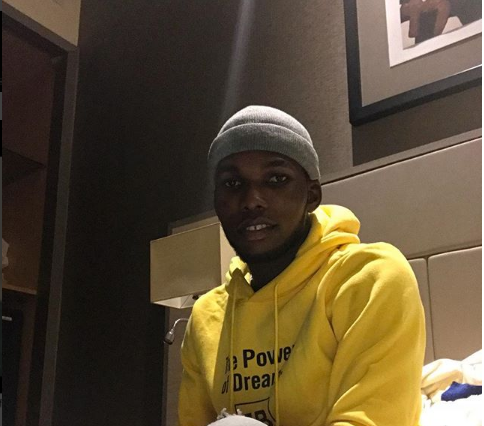 Nigerian singer, "Victor" AD is in a thankful phase as him and his team narrowly escaped death from the hands of roadside robbers on the 5th of October. The singer and his team had been attacked in Shagamu while they were on their way to Benin from Lagos to attend a concert he is billed for in Benin city.

"Victor" AD posted the news on Instagram a day after the incident narrating that he went by road because his flight was cancelled due to bad weather and since he didn't want to disappoint his fans, he had to take the road.  He revealed his hypeman whose wife recently delivered twins was captured and made to transfer funds to their account through the POS they had with them.

Above all, the artiste is grateful to God as nobody was hurt.

I want to use this opportunity to say a very big thank you to God for the gift of life today, Yesterday I had a close shave with death. I was billed to hold a performance in Benin City, the airlines had to cancel the flight due to bad weather . My team and I decided to move by road In order to catch up with the show based on the respect I have for my fans, On my way around shagamu, robbers attacked us and this was very destabilizing. My personal effects were forcefully taken from me while some of my team members and I ran into the bush, I can still remember the robbers shouting “shoot anyone you see” they left with my hype man ( whose wife Just gave birth to twins) who pleaded for his life, he was forced to use POS machines to make transfers to the deadly squad. Above all my team and I are alive, and I am grateful to God for the grace of life!!! #prayforgracemagee??

"Victor" AD released "Wetin we Gain", a song that seems to presently be among the songs topping the chart and a remix also in the work with Nigerian top act and MTV EMA nominee, Tiwa Savage.