Ghanaian singer Mr Drew has won the Best New Artiste of the Year award at the Vodacom Ghana Music Awards (VGMA) 2021 which was held last night. 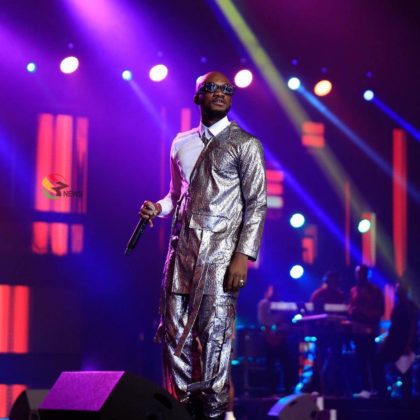 The award which took place on the 25th and 26th of June had some talented artistes in the category with also amazing features. Mr Drew's category at the VGMA, 'New Artiste of the Year' had other talented acts such as Gyakie, Yaw Tog, and Kofi Jamar. Other acts nominated in the same category include Amerado, Bosom Pyung, Dead Peepol, Kweku Flick, Larusso, and Camidoh.

Mr Drew's road to VGMS glory included an amazing 2020 run that included bangers like 'Let Me Know', 'Dw3' ft. Sarkodie and 'This Year' ft. Medikal. He continued in 2021 with 'Mood', also featuring on Sefa's 'E Choke'.