Popular Ghanaian-South African singer and fast rising Adina Thembi Ndamse took one of the biggest award for the night with the Album of the Year award. 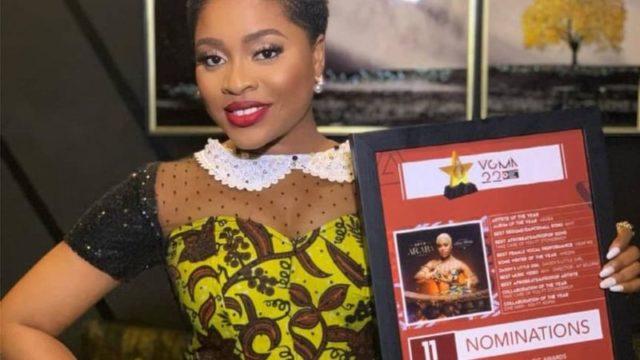 The talented artiste won the category with her hit project 'ARABA' released in October 2020 and consists of 10 songs including 'Daddy's Little Girl' which also won an award at the VGMA 2021 for 'Record of The Year'.

The category for 'Album of The year' include projects such as 'Kpanlogo' by Darkovibes, 'Son of Africa' by  Kuami Eugene, 'The Truth' by Medikal, 'Inveencible' by MzVee, '10 AM' by Strongman, 'Blackstar' by KelvynBoy, and, 'Lava Feels' by Joey B

SEE FULL LIST OF WINNERS FOR THE VGMA AWARDS 2021