Tragedy hits as Nigerian rapper, Biglo has been pronounced dead after a long battle with Kidney ailment. 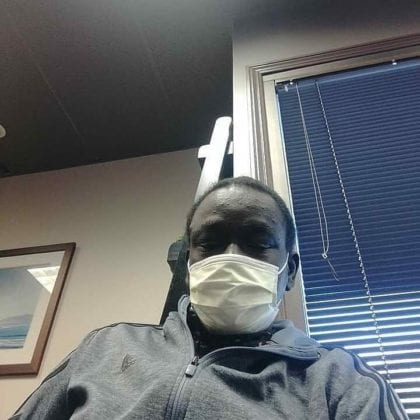 The announcement was made by his friend and industry colleague, Jazzman Olofin, on the 27th of December 2020, where he announced the Biglo’s death, stating that he had fought bravely.

FYI, BIGLO was a Nigerian music producer, rapper and singer. 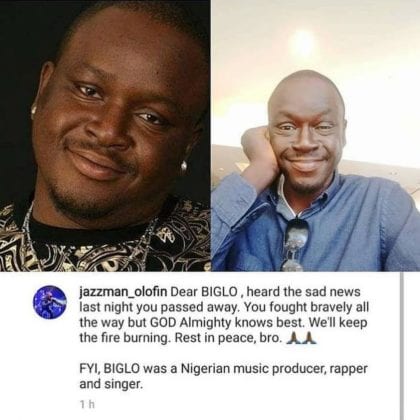 In July 2019, there had been reports of Biglo’s battle with a kidney ailment, and reports to him receiving treatments in California and asking for fans’ support as the cost for dialysis is a lot.