Nigerian singer, Tiwa Savage was the headline act for the One Africa Music Fest which held in New York last night and we have the video for you.

In the video, the crowd at the One Africa Music Fest in New York went wild as soon as they saw Tiwa Savage make her entrance on stage. The video was shared via Instagram on Saturday, the 2nd of October 2021. 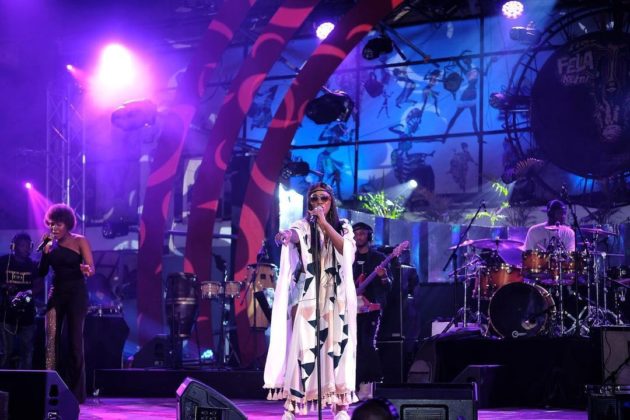 Tiwa Savage recently dropped a new EP titled Water & Garri which featured American R&B icon, Brandy on the song titled Somebody’s Son. The song has expectedly done a lot better than expected and has become somewhat of a wedding song even.

Tiwa Savage got on stage in New York this morning for her performance at the One Africa Music Fest and in the video shared via Instagram, the fans were very excited to see her. At some point during her performance, she was joined on stage by Jamaican singer, Kranium.