In anticipation of CELIA, Tiwa Savage appeared on one of the biggest TV shows globally, The Tonight Show With Jimmy Fallon. 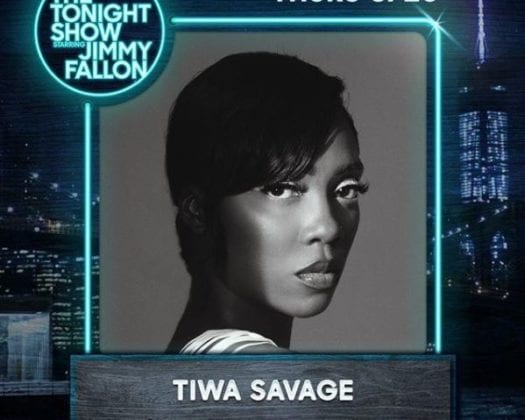 The singer, in appearance, performed her; test hit single, Dangerous Love, in an open box that is in the middle of the open space in Eko Atlantic, Lagos state.

The award-winning singer, adorned in a pink two-piece beach-inspired look, performed with a 5 man band, a backup singer and a ballet dancer whose movement tried to match the sound of the music.

This is Tiwa's first appearance on The Tonight Show with Jimmy Fallon.