Nigerian Singer Olorunyomi Oloruntimilehin popularly known as Timz or Bad Boy Timz has revealed the termination of his contract with his former label Anonymous Music. 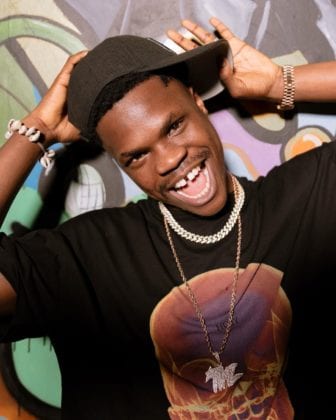 Bad Boy Timz who posted the update via his Instagram page on Monday, the 24th of May 2021 was reported to have been arrested by the label on the 17th of May and the video of that arrest made the rounds on social media that day. In his press release, he cited a breach of contract as the reason for termination. In his words,

I exercised my right to terminate the contract after due notice of breach of contract by the music label as required under the contract and in accordance with the law. 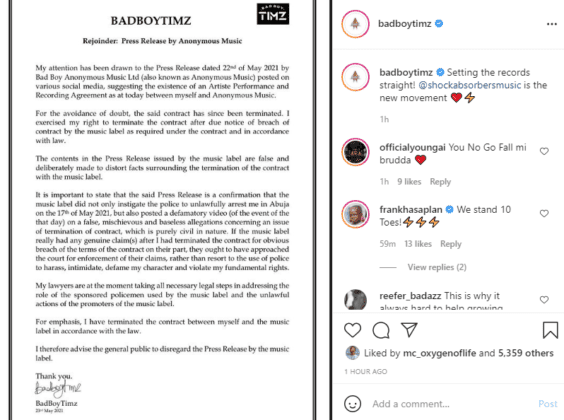 Anonymous Music had posted their statement on the matter on Sunday, the 23rd of May 2021, explaining that the singer was arrested in Abuja for defrauding the label, conniving with his manager to divert "monies owing, belonging and accruing to the label for their personal use". 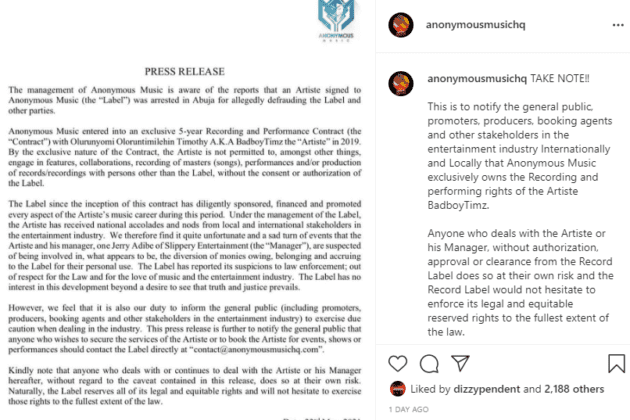 Along with the announcement of his exit from Anonymous Music, Bad Boy Timz also posted a lawsuit which his lawyers have served to the label, suing them for "libelous publication", following the distribution of his arrest video to online blogs and media houses. The singer through his lawyers is requesting the sum of Two Hundred Million Naira for damages, a letter signed by the two owners of the label and published in three different national newspapers, and an undertaking that they will desist from posting such offensive videos in the future. 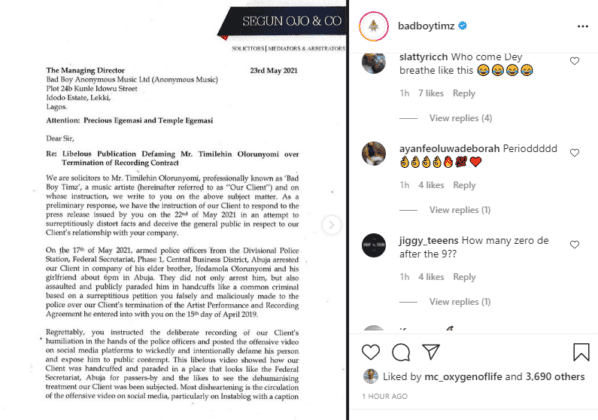 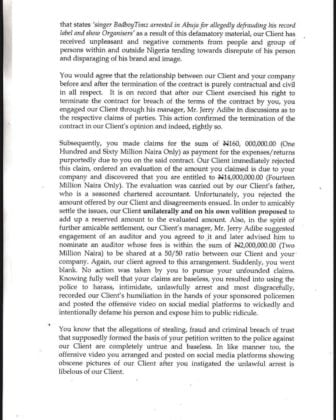 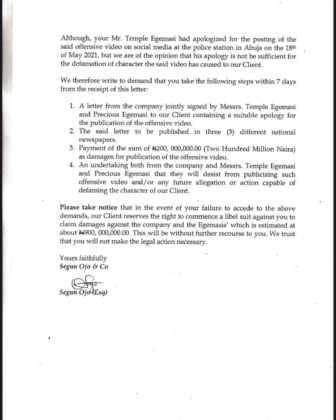 The singer who recently completed his University education at Bells University has revealed that the next stage of his career will be with Shock Absorbers Music, a self-owned label that will handle his career henceforth.