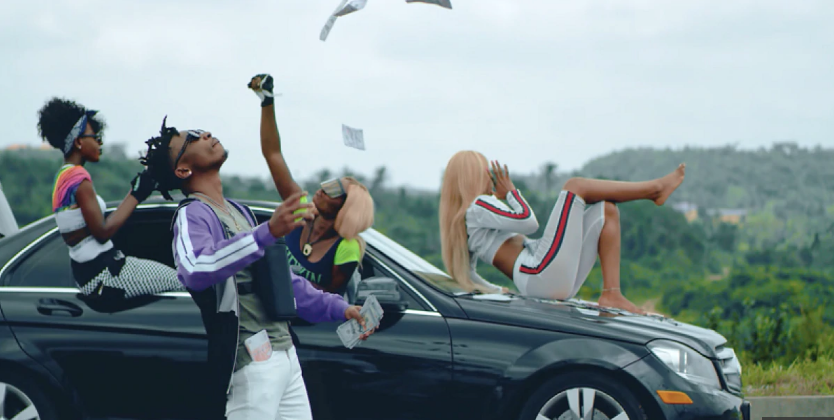 Bobo singer, Mayorkun has revealed how his new hit, POSH, was made and this clarifies a lot for people who think the song sounds similar to Wizkid's Soco.

How the song was made was revealed on Twitter by the singer who said the producer of Soco, Northboi, had sent him beats. While he listens, he got attracted to the sounds he feels is presently trending, and although he had no idea of the song he was going to sing with the beat initially, he later worked his magic on the beat, which sounded rusty at first but is now the hit everyone is jamming to. 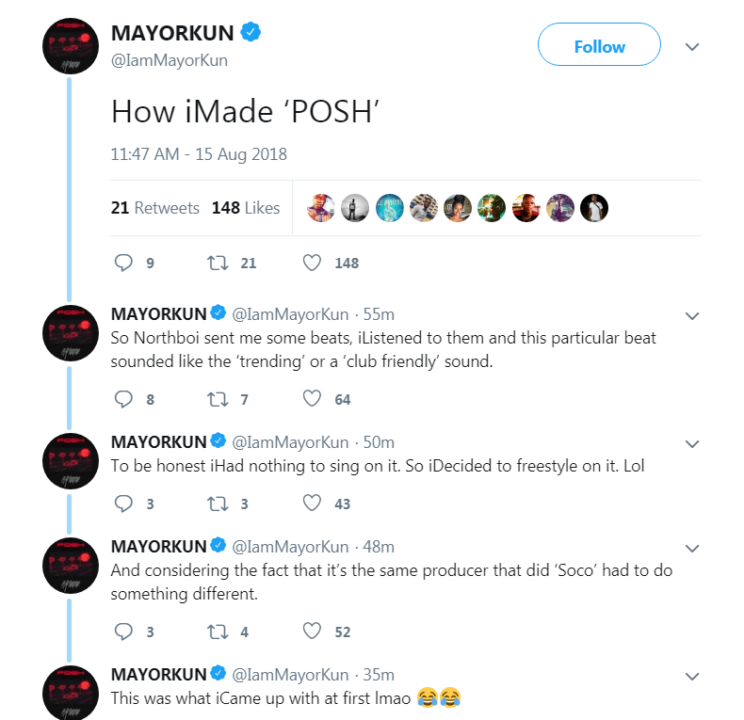 This was what iCame up with at first lmao ?? pic.twitter.com/bvrgCna76y

With some people talking about the similar beat used by the producer, Mayorkun urges fans not to think Northboi is a stereotype producer as he has so much to offer and once they listen to him, they'll get used to him... "It's a Northboi thing..." 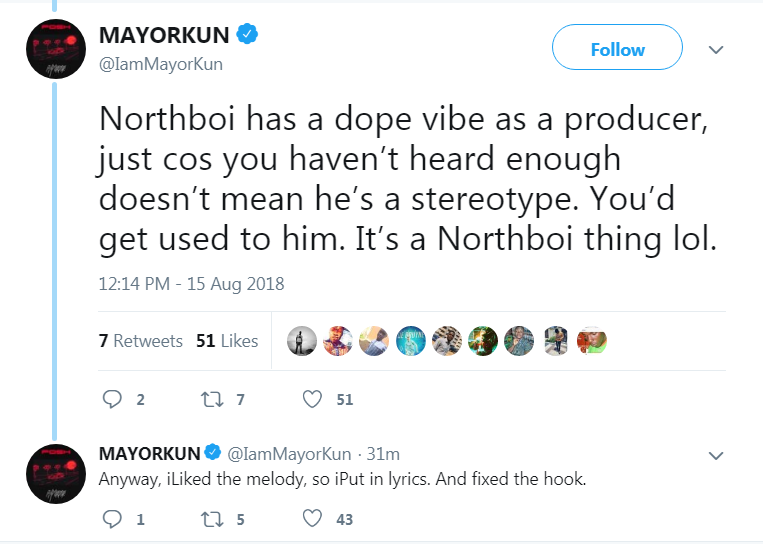 Guess this explanation makes it easy for you to see the similarity with Soco and understand why Posh is a banger because Soco is still rocking parties over 5 months after its release.