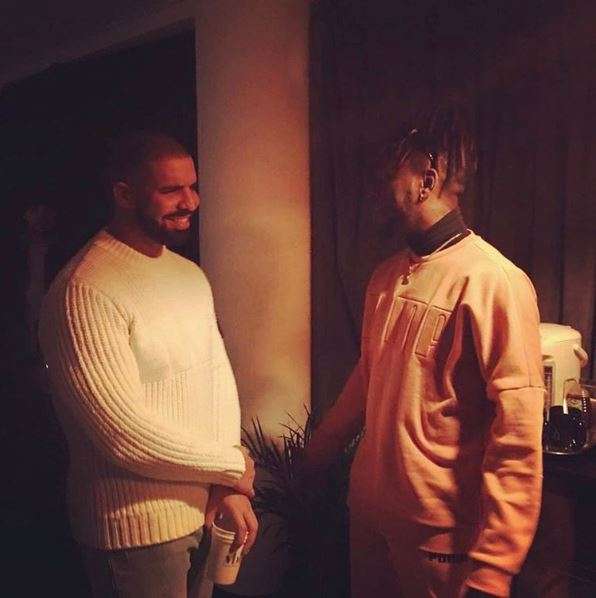 Burna Boy has revealed that speaking out about his collaboration that never happened with Drake has been interpreted in ways he never meant.

The singer who was apparently just talking about his collaborations innocently, was surprised when some Nigerians ‘carry the matter on their head’ and started attacking Drake for using their artistes.

To Burna Boy, Drake reaching out to him and not featuring him in the song was nothing short of a privilege and he would prefer Nigerians to see it that way rather than attack Drake unnecessarily… “it’s not that deep.”

“This is why I don’t talk, because when I said something, everyone just find a way to make it mad. I said Drake sent me a couple beats to do something for the ‘More Life’ thing. I obviously done a few and sent it.

Burna boy had issued a statement at his listening party of Outside in We’re Lagod Nigeria on the 21st of January where he revealed that his collaborations with Drake did not go as he expected with the project that was supposed to contain sounds from a different genre. Burna Boy revealed that he worked on five songs for the project but only one was picked, More Life and he was told that the song would be used but the title of his submitted song turned out to be the title of the project with no credit given to him.

Nigerians did not find this revelation funny and they decided to speak up for their own, calling Drake out on social media for using Nigerian artistes for his own gain.

Well, Burna is out saying he needs no defender as he was not offended rather he found it as a privilege hence nobody should take it too deep and let Drake be.

“That’s why I don’t talk, it’s because I’m doing this album, I have to start talking, doing interview…shit like that.”