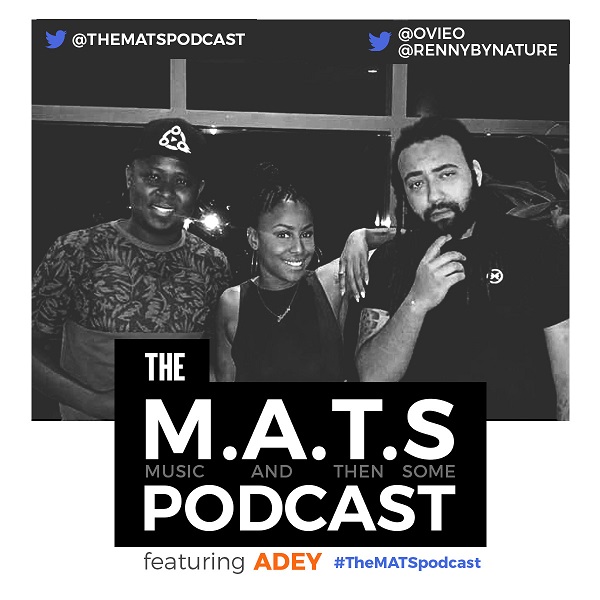 Episode 3 of The M.A.T.S Podcast – the first-ever in Lagos – features hit producer-cum-singer, Adey alongside #IJGB (I Just Got Back), Renny and Ovie (well, mostly Renny. She hadn’t been home in about 14 years!).

December in Lagos was quite eventful, with more highs than lows witnessed in the industry. Highlights include Wizkid & Davido ending their beef, D’banj, Don Jazzy & the rest of the Mo’hits Reunion, countless concerts, all the buzzing songs over the holidays, including the jam of the moment, Legbegbe, and the interesting story behind it. There’s the negative bit involving N6 & M.I/Loose Kaynon getting physical, and P-Square mysteriously pulling the plug on their surprise performance at Davido’s #30BillionConcert.

Also on this episode – recorded in Adey’s studio – the producer talks about the making, success, and potential lawsuit involving Ycee and Maleek Berry’s hit single, Juice, as well as upcoming projects.

Grab some popcorn and listen to this “Juicy” episode of #theMATSpodcast.