Nigerian highlife duo, The Cavemen are set to unveil their second album and have given their fans the title and date along with a teaser video.

The Cavemen dropped the teaser video for their second album and revealed that the title will be Love and Highlife while the release date is set for the 29th of October. They shared this via their Instagram page on Sunday, the 17th of October 2021. 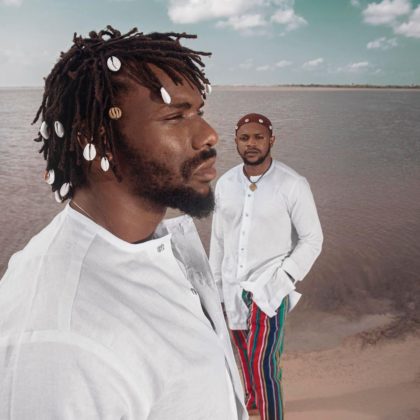 The Cavemen made waves last year after their debut album, Roots warmed their way into the hearts of music lovers around the country. This led to their very first Headies Nomination and win, with the duo of Kingsley and Benjamin Okorie also performing at the awards show.

READ ALSO: The Cavemen Takes It Back To The 80s With Their New Video 'Selense

Announcing the release date and title for their second album in as many years, The Cavemen duo also shared a teaser video to whet the appetite of their teeming fans. The success of their debut album, Roots also opened more opportunities for the brothers, as they got to stage a show in Ghana this year. It was at this show that they met Wizkid, who made a surprise appearance. They also had a live home performance with Asa recently which was shared on Instagram.