Late Sound Sultan's wife, Farida Fasasi has warned his fans and friends that his social media page has been hacked after the hacker posted again today.

The late Sound Sultan's wife reminded his followers about his social media being hacked after the hacker shared End Sars content today. She shared this via her own Instagram page on Wednesday, the 20th of October 2021. 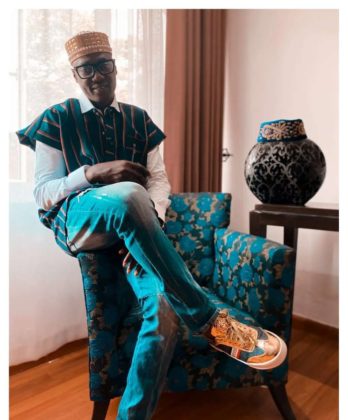 Legendary Nigerian singer, Lanre Fasasi popularly known as Sound Sultan passed away in July following a protracted battle with throat cancer. He was laid to rest within 24 hours in the US according to Muslim rites, even as tributes continued to troop in from fans and friends in the industry. However, in July, his wife reported that his page had been hacked. She wrote;

The accounts have been hacked by scammers sending messages to innocent people to solicit funds. Please the family has no control over the accounts.

Today, Sound Sultan's wife once again reminded her followers that his social media has been hacked after the hacker posted End Sars content. She wrote;

We are yet to get control of the account as the hacker is still using it to mislead people.

Thank you for your understanding. 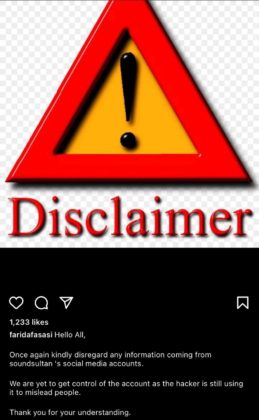