Something Melodious Going Down! Davido, Timi Dakolo and Cobhams In the Studio

There’s reason to think that a banger from Davido,  Timi Dakolo and Cobhams Asuquo will be upon us anytime from now as pictures of the three artistes in the studio were posted on Timi Dakolo's Twitter page with a caption which simply read "Timi Dakolo x @Davido." 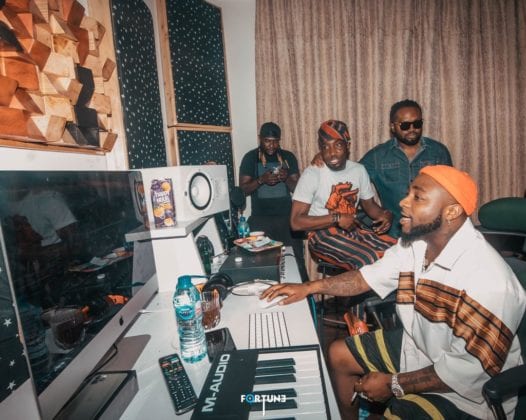 The pictures which were captured by Davido's personal photographer, Fortune, see the DMW boss and the ‘Iyawo Mi’ crooner in a post-salute stance, with producing maestro, Cobhams in the middle of the duo. The second picture sees Davido seated behind a production deck with Timi Dakolo nearby. The photo was shared by both Davido and Timi Dakolo via social on the 21st of December 2020.

Fans of the artistes have since been in a tizzy and are hoping that a Christmas tune will be in the offing.

What do you think of a collaboration from these two artistes produced by Cobhams?