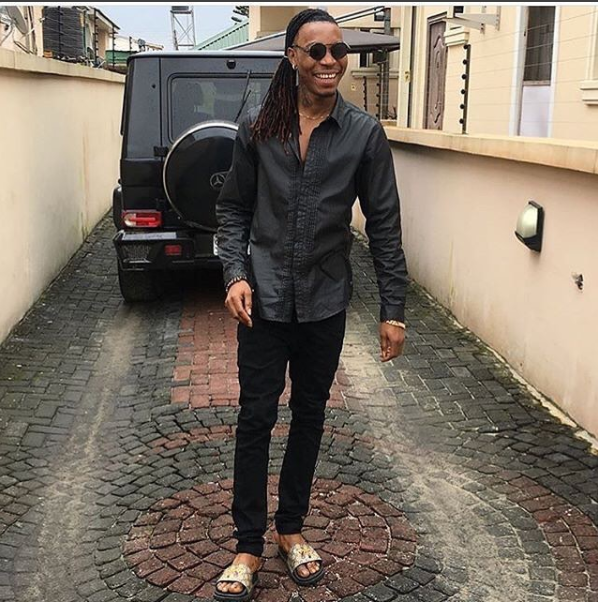 After 10 years of releasing great music under Achievas Entertainment, Nigerian singer, Solidstar is ready to tread a new path in his music career.

The artiste announced his exit on Instagram with an official statement;

I Joshua Iniyezo AKA SOLIDSTAR wish to use this opportunity to thank my former label Achievas Ent for being there for me over 10yrs Words cannot express how grateful I am, Special S/O to @ossyachievas@colepeter my Bosses and the entire team for having my back u r still my family even as I begin another chapter career wise #Shaba!

This statement was confirmed by the former record label with their confirmation post showing that although the artiste is no longer with them, they are wishing him well in the new path he is about to take;

We wish to hereby inform the public that Achievas Entertainment has ended its contract agreement with musician, Solidstar @officialsolidstar. The two parties reached a mutual decision to end the contract after working for over 10years together. All previous recording audios, music videos, albums of the singer remains property of Achievas Entertainment.
We wish him all the best as he starts a new life!

Solidstar who dropped his debut album in 2010 became more popular after his One in a Million single which featured Nigerian music legend, 2Baba. The singer has collaborated with different A-listers after that, from Flavour to Tiwa Savage and has recorded four albums since his time with Achievas Music.

This is not the first time we’re hearing the news of Solidstar leaving Achievas Entertainment. There have been rumours of the singer leaving his label in 2014 where he announced his own label, which was later referred to as a sub-label, Badass Music and even went ahead to announce “his artiste” Jojo.

This news is unlike the rumours of 2014 as both parties have come out to give official statements of their departure hence we are wishing them success moving forward.

Watch the interview where Solidstar talks about his relationship with Achievas Entertainment;