Nigerian singer, Solidstar has revealed how a strange encounter in a hotel he recently patronized in the Festac area of Lagos affected him.

Solidstar disclosed that he checked into the hotel in Festac so he could work on his upcoming project, and fell sick after some days under their Gucci duvet. He shared this via his Instagram page on Wednesday, the 4th of August 2021. 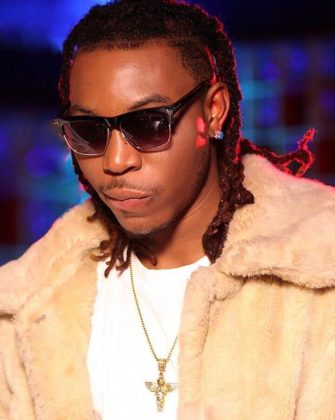 Solidstar told his followers that he would have lost his life if not for God. He said he found out that the Gucci duvet they gave him was possessed with evil spirits that wanted to eat his heart. The singer writes;

Recently I checked in a hotel in Festac to cool off and work on my upcoming project, fell really sick after some days, would ve lost my life if not for the power of God. Discovrd they work with witches and terrible people to take my life, they gave Gucci duvet filled with terrible spirits that almost ate up my heart, guys be careful. Will put out the name of this hotel by 8pm tonight as this will save lives. 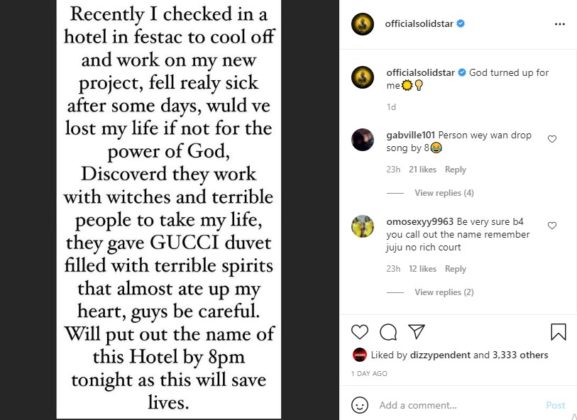 Although Solidstar promised to reveal the name of the Hotel in Festac that almost killed him with their Gucci duvet yesterday, he has not yet done that as at the time of this report.