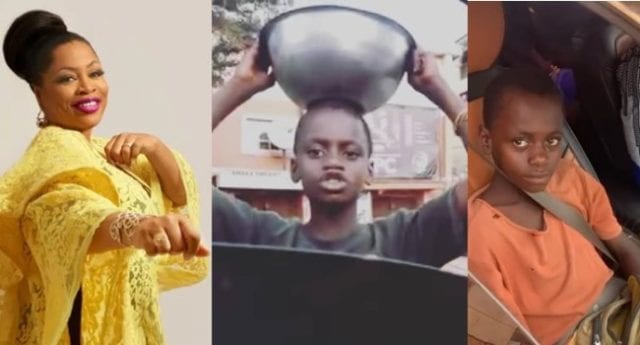 This happened after she posted a video of a young boy selling pure water and advertising them in a highly intellectual manner. The video was made by a man whose attention was captured by the boy’s marketing methods and offered to buy his entire bowl of pure water. In the video, the boy attributed drinking water to a good source of energy and broke down its other benefits.

Sinach similarly moved by his mental chops, posted the video on her Instagram page with the caption “WHO KNOWS THIS BOY. There is a Scholarship for him. Please DM details.”

She later posted an update video with the same boy in a car with his mother saying “We’ve found him!!”