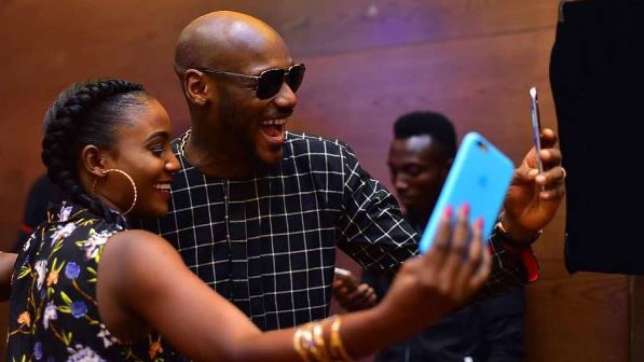 After 5 years of waiting for this collaboration, X3M music badass vocalist, Simi has finally collaborated with legendary singer, 2Baba on her deluxe version of her sophomore studio album, Simisola which was originally released in September 2017.

The deluxe version is an extended version of the already existing album containing 14 track and 2 remixes which features the African queen crooner, 2Baba and acclaim music producer, Sigag Lauren in Original Baby and Smile For Me.

The singer had revealed in 2013, her dream to work with 2Baba on Twitter saying; One day, very soon, I'll work wichu..." and that dream has finally come true for Simi.

This dream coming true for Simi means a to for the artiste who, when she made that statement on Twitter, was not as famous as she is and 2Baba had responded her with "What do you do?"... Well, it seems like what she does has finally made her dream come true for her. 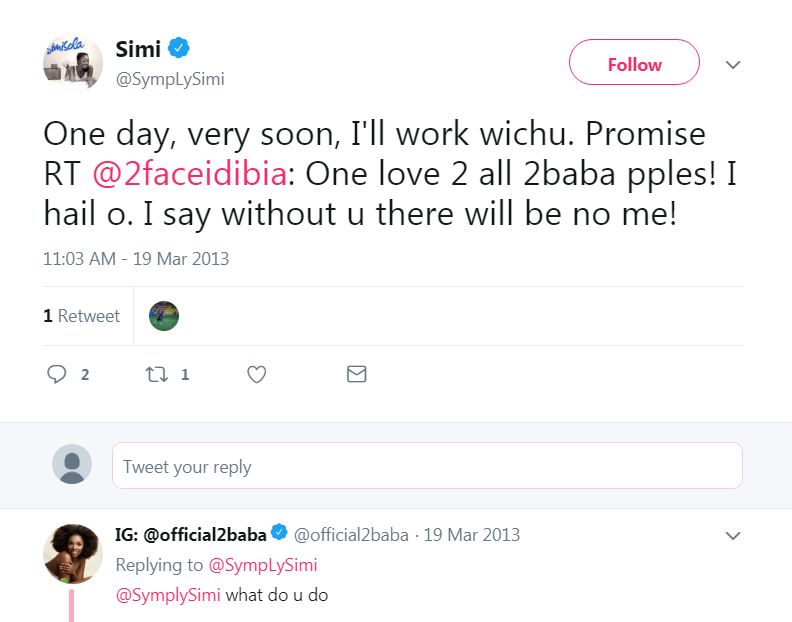 That's what hard work does, brings you closer to your dream and even make you have it.