Hip-hop duo, Show Dem Camp, and The Beat 103.6FM have issued a memo to warn members of the public against an upcoming show that seems to be imitating their yearly event, the Palmwine Music Festival. 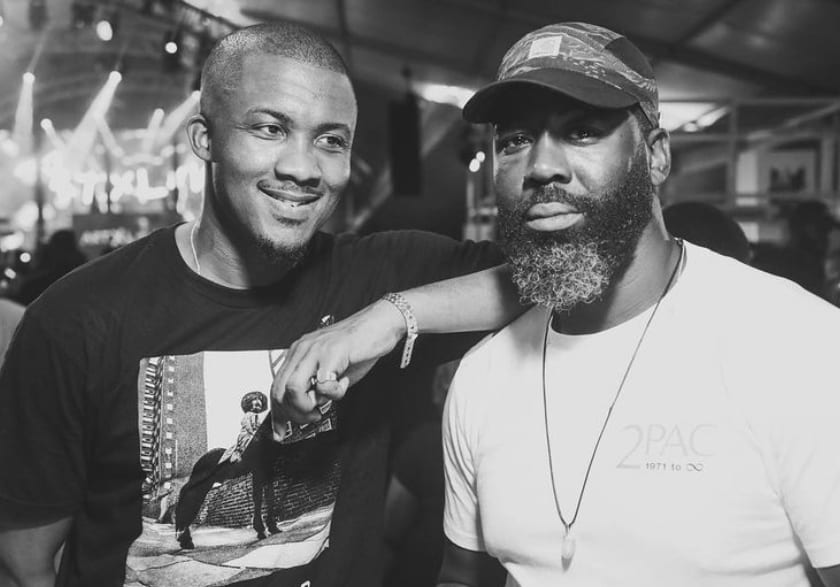 In the memorandum which was issued online on Monday the 17th of May, Show Dem Camp who also double as the organizers of the Palmwine Music Festival stated that an event tagged “Palmwine Festival- Afrobeats in the Park” was being advertised to take place in the UK this summer, 2021. They then went ahead to state that they weren’t the organisers of the mentioned show and it was not an authentic version of their yearly festival and so Show Dem Camp as well as their associated acts would not be present. 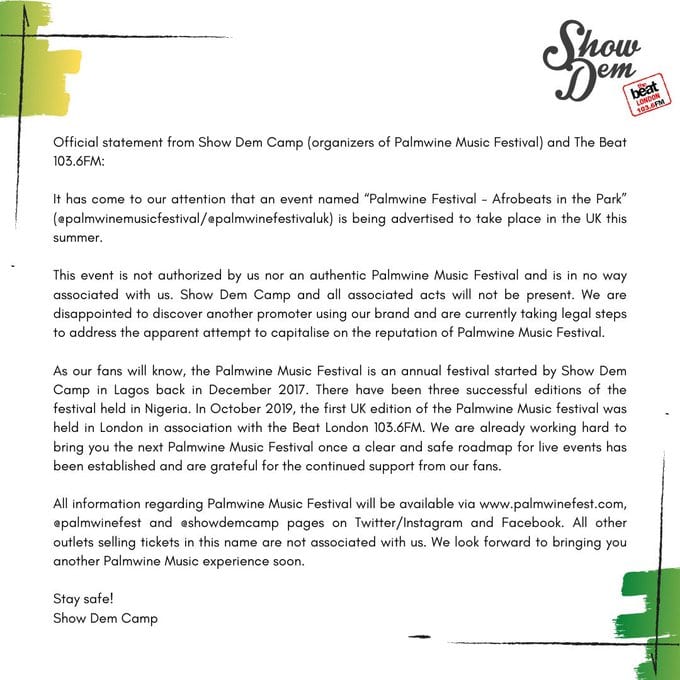 Official statement from Show Dem Camp and The Beat 103.6FM

They then assured fans that they were hard to work organizing the next Palmwine Music Festival once the restriction on live shows was lifted.

Prior to this, the Palmwine Music Festival had held three times since 2017 and had been graced with appearances and performances such as Show Dem Camp themselves as well as associated acts like Tems, Ladipoe, BOJ, Nonso Amadi among others.

The imposter version, Palm Wine Festival is set to take place on the 31st of May and had commenced the sales of tickets yesterday. It has stars such as Wande Coal, Reminisce, Badboy Timz, Fireboy DML, LAX, and more on the flier. 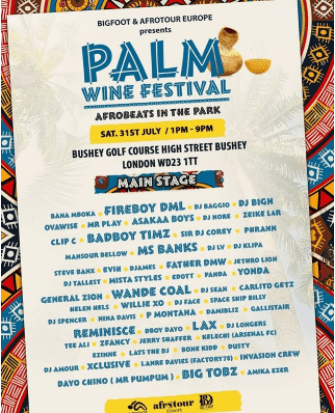 The organizers of the show are currently yet to give a response to Show Dem Camp's memo.