Nigerian songbird, Seyi Shay is prepared to drop a new album titled Big Girl on the 9th of November which features the likes of Wande Coal and Teyana Taylor.

Seyi Shay held a listening party for her new album, Big Girl last night in London where the details of the new project were revealed. This was shared via Instagram on Friday, the 23rd of October 2021. 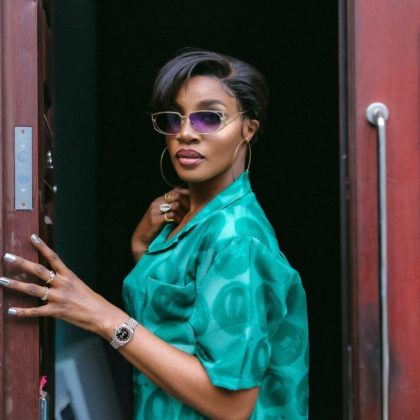 Seyi Shay has not dropped a project since her Electric Package EP which was released back in 2018. The singer has been on and off the scene but has dropped songs from time to time for her fans. Seyi Shay has been working on a rebrand and even recently switched her Instagram page from @iamseyishay to @seyishaygram as part of it.

Seyi Shay is now set to unveil her new album, Big Girl which will be her second full LP and third overall project. The programme from the listening session which was shared on Instagram gave some insight into the new album. Big Girl is described as a project that explores themes of self-love, security, and empowerment. Artists like Backroad Gee, Wande Coal, and Teyana Taylor are also featured on the album.