The 2022 Grammy Awards Nominations have been released with Nigerian acts, Wizkid, Tems, and Burna Boy being listed among the nominees and drawing great reactions.

In the reactions, Nigerian music fans commended their ambassadors; Wizkid, Tems, and Burna Boy for representing them well on the 2022 Grammy Awards nominations list. The list was announced on Tuesday, the 23rd of November 2021. 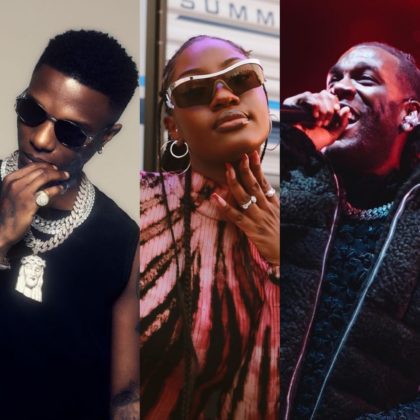 This year nomination saw more than one Nigerian artiste bagging a grammy nomination; from Wizkid, who got two nominations for Essence and Made In Lagos to Tems for her feature on Essence and Burna Boy for his collaboration with Angelique Kidjo and the father and son duo, Femi and Made Kuti for their hit record.

The Grammy Awards is arguably the biggest night in the music industry every year, as the creme de la creme come together to reward the efforts of the best talents of the year in review. The 2022 event will hold on Monday, the 31st of January at the Staples Center.

The reactions to the 2022 Grammy Awards nominations showed just how much Nigerian fans adore their singers as they expressed genuine excitement. 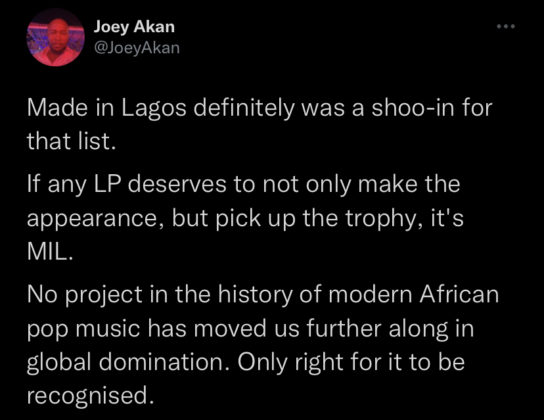 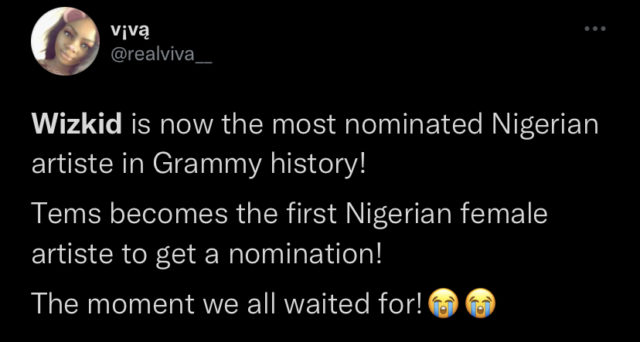 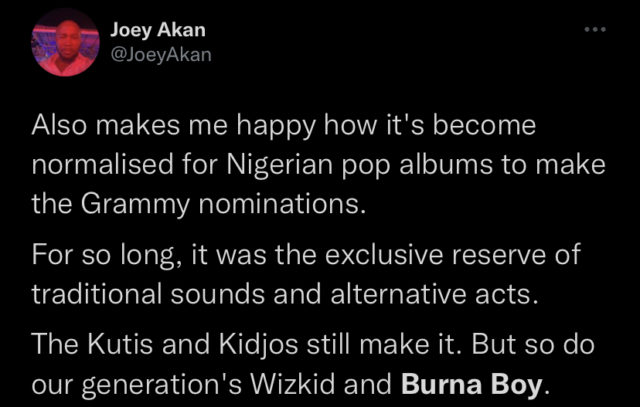 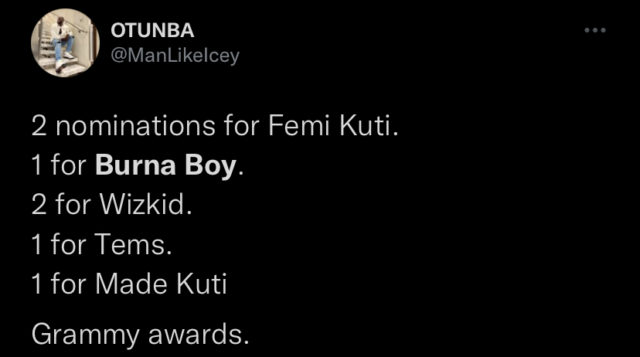