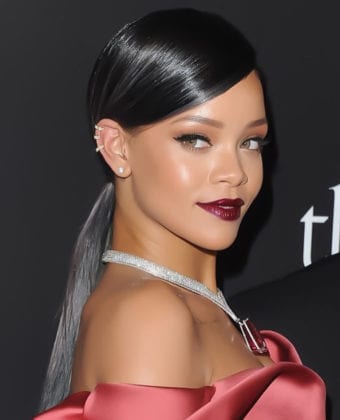 On the 13th of February 2021, Amnesty International Nigeria disclosed via a tweet that the organization had been informed about the arrest and detainment of #OccupyLekkiTollGate peaceful protesters by armed Nigerian security operatives at the Lekki Toll Gate. The organization revealed it had obtained video evidence of the ill-treatment of the detainees. Twenty-nine minutes later, Rihanna replied the tweet emphasizing that peaceful protest is a human right. She wrote;

Earlier in the day, armed Nigerian security operatives were been deployed by the Nigerian government to the Lekki Toll Gate to wade off peaceful protesters who engaged in the #OccupyLekkiTollGate protest on the 13th of February 2021. The arrest and torture of peaceful protesters led to an uproar on social media and top Nigerian entertainers like Davido, Falz and DJ Switch condemned the actions of the armed security operatives and the Nigerian government. Also, popular Nigerian comedian, Mr Macaroni and Nigerian musician, Idahams were arrested by security operatives at the Lekki Toll Gate on the 13th of February 2021.

Below are photos from the protest; 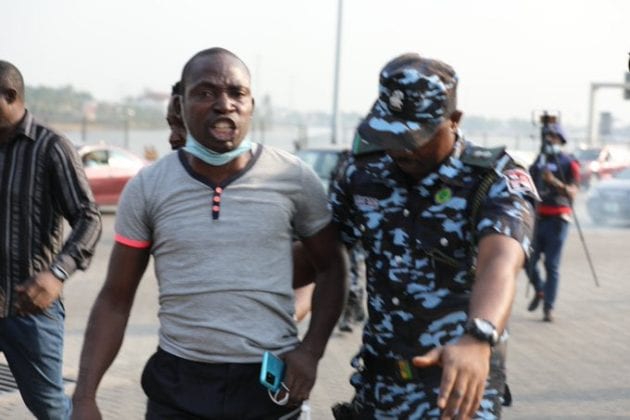 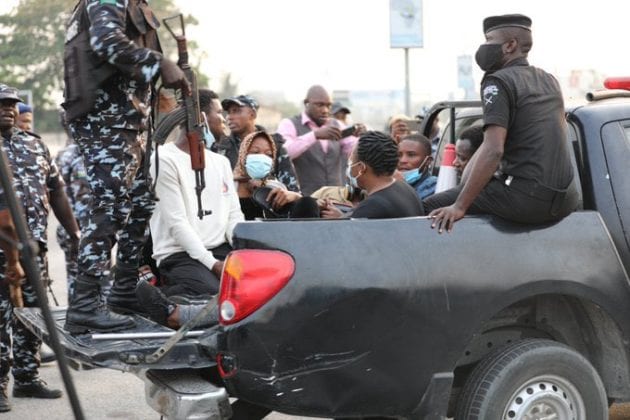 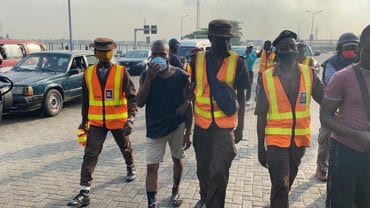 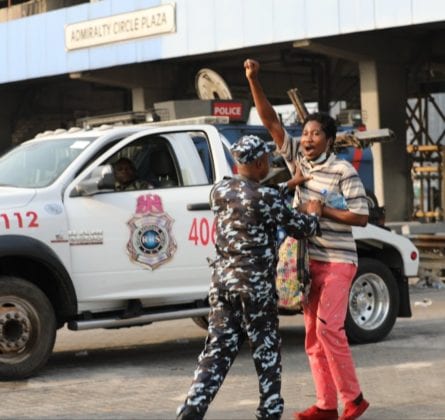