Regardless Of The Rain, Davido's Performance Was Electrifying At Liberia's Biggest Concert Of The Year 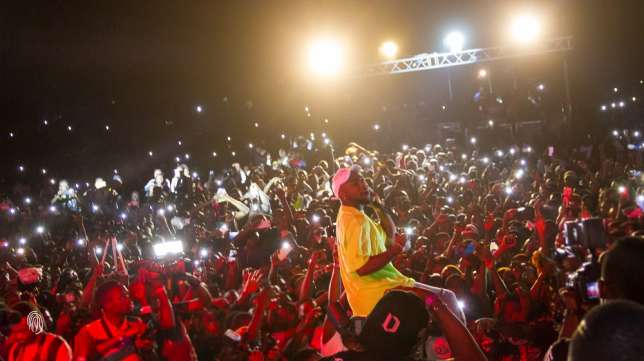 This is Davido's first ever performance in the country and before the performance, he enjoyed a grand welcome from the people of Liberia who had on Thursday afternoon been singing in praises on their roads and trying to get their own personal shots of him and his crew.

Took a tour around the city of Monrovia earlier today ! Love you guys too! Beautiful City ??

Davido took fans through his journey via his Instastory. Although there is presently no record of the number of people that attended the concert, the stadium which looked packed has the capacity to accommodate 35,000 people.

Starting the show with his classic hit, Dami Duro, Davido jumped on the stage with his DMW crew to party with the already hyped fans who didn't mind getting soaked under the rain that also came to grace the show. He went on to performs other tracks like Ada, IF, FIA and Skelewu which the energetic fans sang along following him all step of the way.

Say something to the baddest OBO!!!?????☇☇? shutting down Liberia even under the rain! . . #NotJustOk

Other top Liberian acts that performed at tyher concert are Kobazzie, Christoph, Stunna, DenG and many others.