Nigerian rapper, Naira Marley performed in New York last night on the second night of his Marlians tour in the United States.

Naira Marley‘s show in New York was reported to be scanty by early comers at the venue but this was debunked by people who did attend the show. The rapper held his New York show on Saturday, the 18th of September 2021. 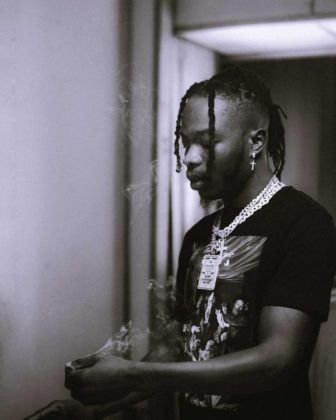 Naira Marley kick-started his Marlians Tour in the United States with a show in Chicago on Friday. He then headed to New York for his show last night. A fan attending the show took pictures of a scanty crowd and shared online which led people to believe the show was scanty.

Naira Marley got on stage in his New York concert along with dancer and hypeman, Poco Lee. Although some fans disagreed that the concert did not have a low turnout as previously alleged, another set wondered why he wore sweatpants to perform.

Naira Marley has three more stops to make on this Marlians Tour of the United States. He will perform in Houston later today before rounding it up next week with Dallas on the 24th and Washington on the 25th. 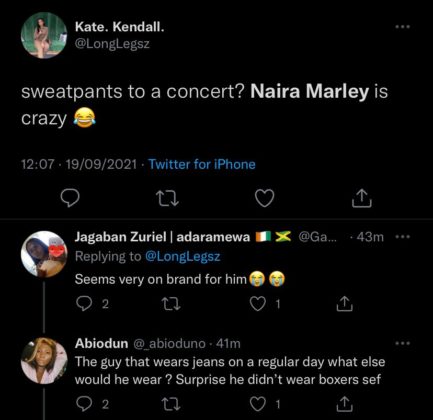 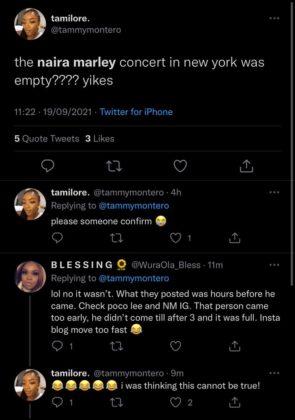