Mavin Records talented singer, Ayra Starr has dropped her debut album, titled 19 & Dangerous, and we have the best reactions from the online space for you.

In the reactions, fans commended Ayra Starr's talent and confirmed that her debut album is all they expected and more. The singer dropped the new album on Friday, the 6th of August 2021. 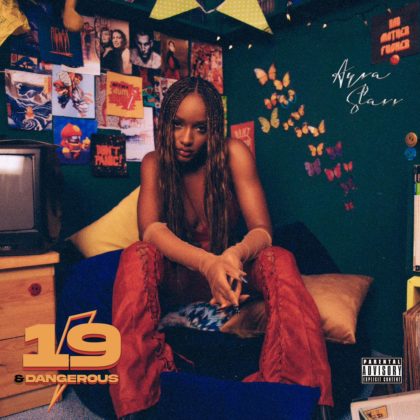 The album consists of eleven beautiful songs which solely include the presence of Warner Music artist CKay on track six, Beggie Beggie. The new project was also blessed by a few prolific hands, talking about the producers who worked on the project. This includes the likes of Don Jazzy, London, rising beaker Louddaaa, and the legendary Sir Victor Uwaifo's descendant, Andre Vibez.

Among the reactions to Ayra Starr's debut album, Twitter user @iamPrayzzZ said that listening to it gave him goosebumps. In his words, "Omo forget if your project gives me goosebumps e enter #AyraStarr finished work 🤯🔥🤯".

OAP, Melody Hassan also said the singer's album is for anyone who keeps asking for the female artists in the industry to show up. She said;

I’m not here for anyone being overly critical of the new girls in the music space.
For a while, we have been asking “where are the girls?”. They’re here now and that’s that.
They’re talented and growing, I don’t want to hear pim!
Go stream Ayra Starr’s new album! 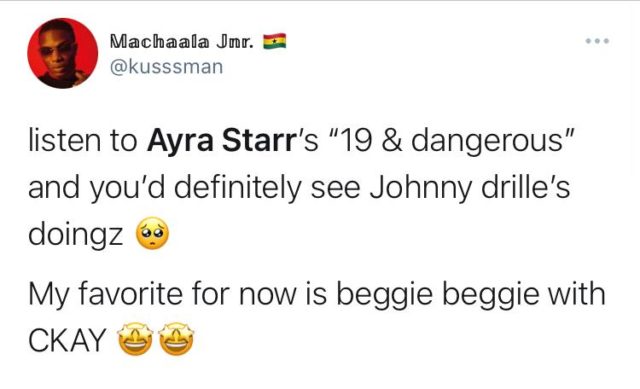 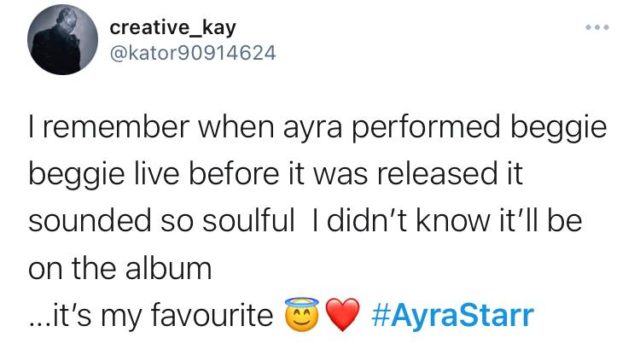 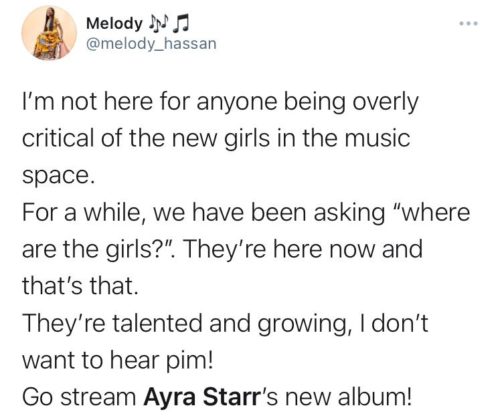 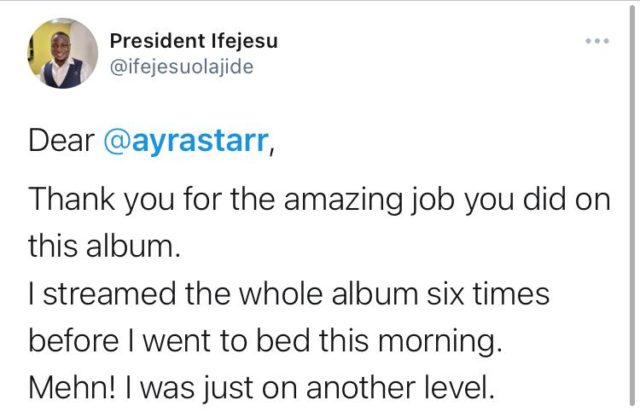 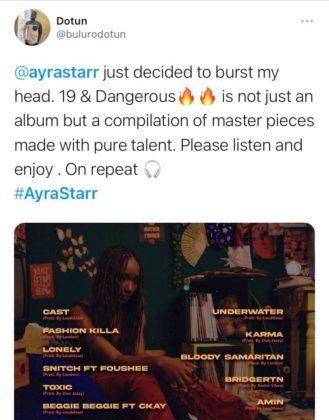