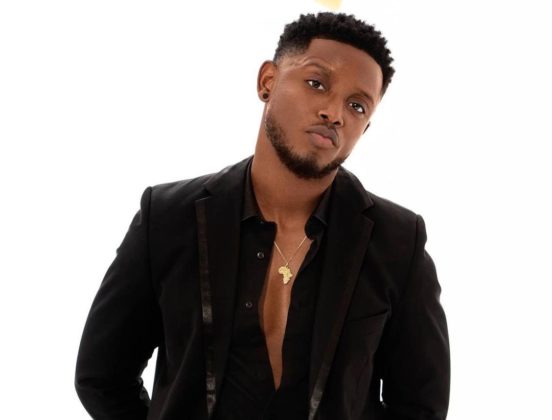 The 'boo of the booless' made it to the trending table yesterday after a lady claimed that Chike wanted to charge her a sum of four hundred thousand naira to give a birthday shoutout.

The reactions came after a Twitter user (@_hashcode) uploaded a video where he surprised his girlfriend with a birthday shoutout from one of her favourite actors, Joseph Morgan - a popular British actor best known for his role as 'Klaus' in Vampire Diaries.

The video which had a lot of retweets and comments from people who commended the thoughtfulness of the boyfriend took another turn when a Twitter user (@Queenprecy_) quoted the tweet stating that the R'n'B singer charged her four hundred thousand naira for the same birthday wish British star Joseph Morgan did for free. She wrote:

"Chike in the mud, asked for 400k to do birthday shoutout early this year" 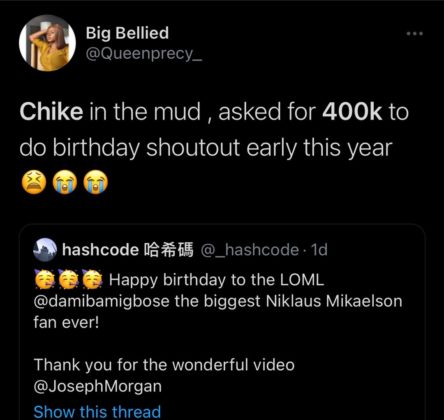 As expected, the banned Nigerian Twitter space had a lot of reactions as regards the allegation. See Below: 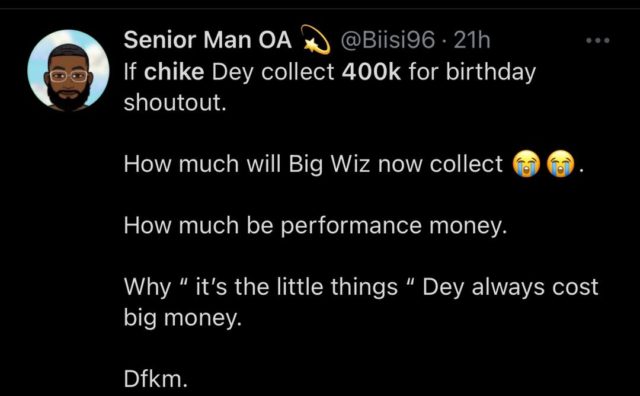 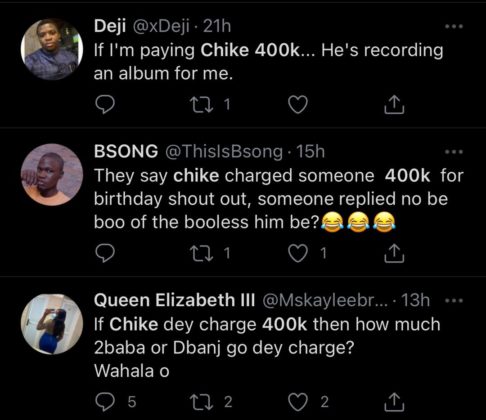 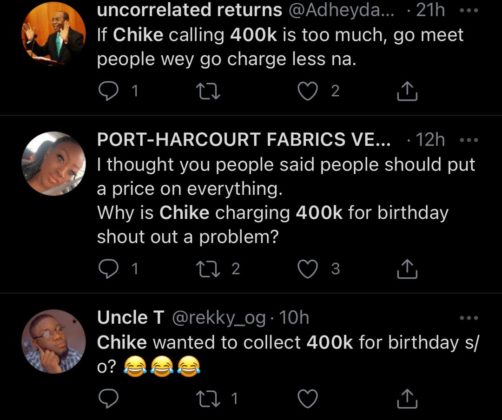 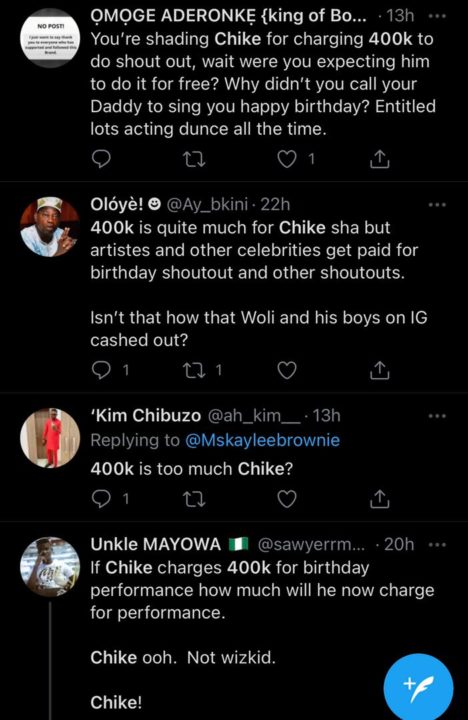 Serenading singer, Chike whose album 'boo of the booless' is a classic romantic masterpiece is one of the most sought-after male artiste in Nigeria, hence, the need to get him to give a birthday shoutout (Most especially to a lady).