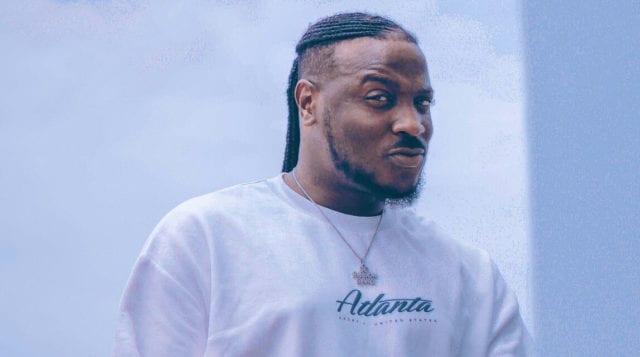 DMW artiste, Peruzzi has released an official statement of apology following the recent rape accusation levelled against him on the 3rd of June due to the old tweets he posted in 2011 and 2012.

According to the artiste, who, yesterday had tweeted to debunk the claims implied in his tweets, stating clearly that he wasn't a rapist. He stated that the tweets from his past were tweeted when he was young and without proper knowledge of the implications of his words, stating further that the words tweeted were nothing like his personality or actions as they were "irresponsible" and "ill-informed"

He went on to apologize to his fans and followers, expressing how sorry he is for tweeting such and asked that they forgive him. 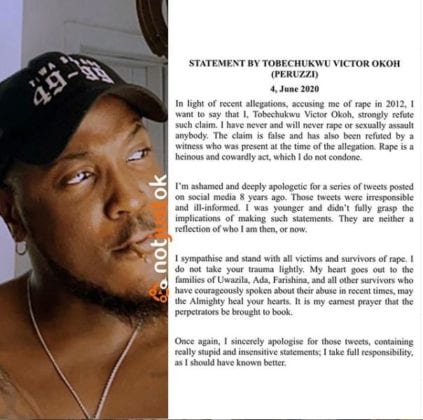