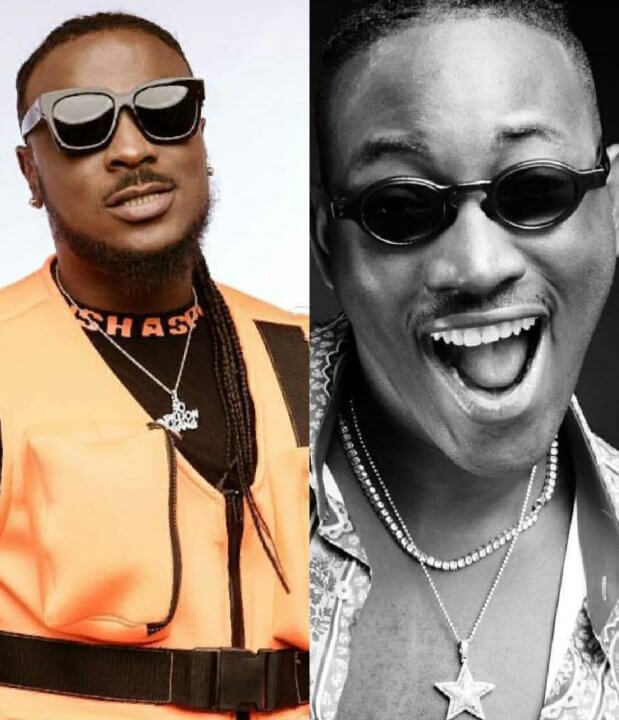 Following Burna Boy's comment on Nigerian artistes seeking international deals, Dammy Krane and Peruzzi have both given their contradictory views on the issue.

To Dammy Krane, an artiste gunning for international deals will eventually short change himself as he or she won't be valued according to their worth, a statement that is in support of Burna Boy's statement. 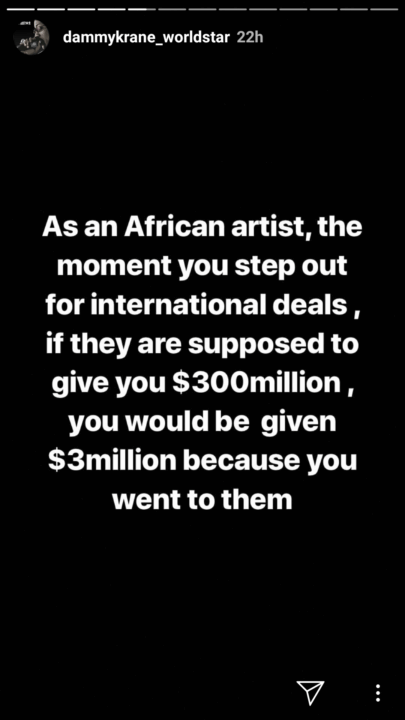 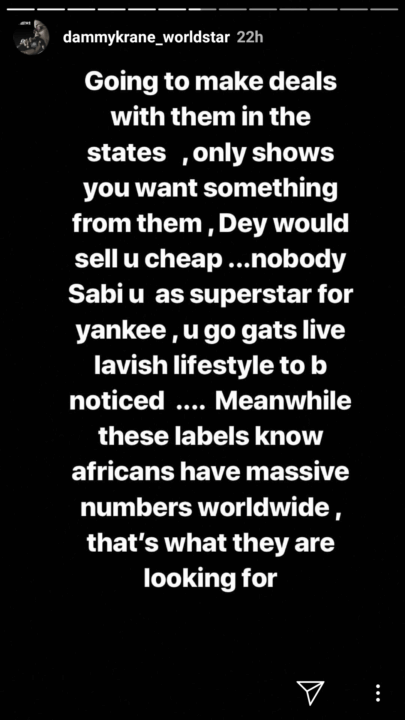 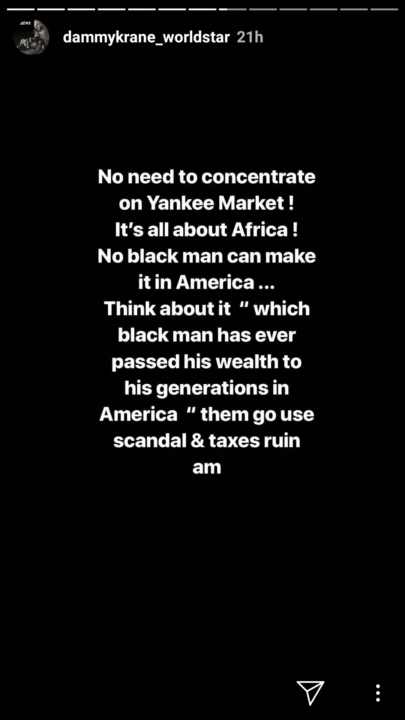 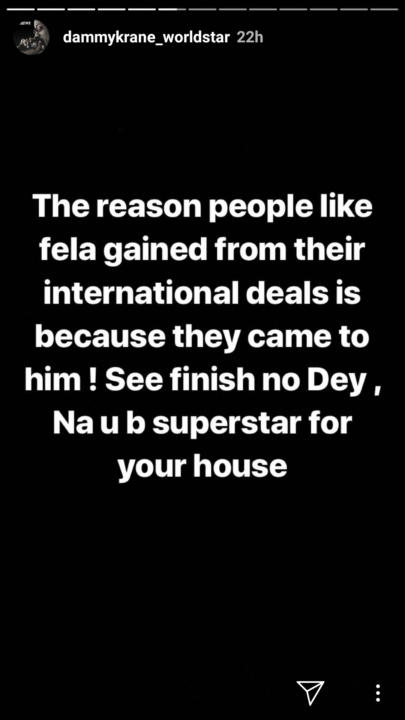 According to Peruzzi, who isn't totally against what Burna and Dammy Krane are saying but also not for them, insists that hard work and having God by your side is all you need to make it in the music industry despite your geographical location. 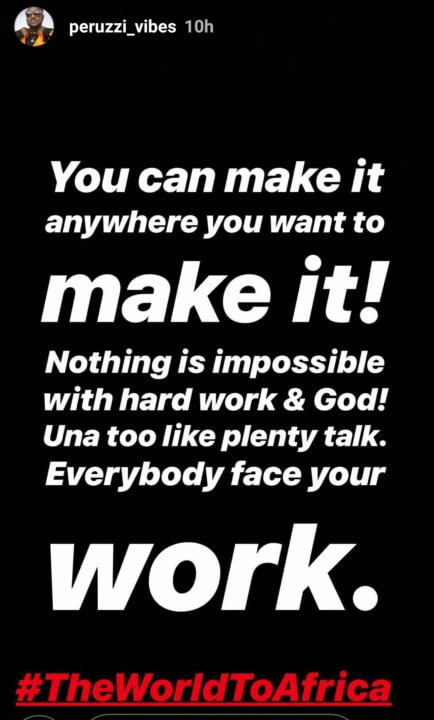 Although Burna Boy did not reveal some of the sad news he said he has heard about the outcome of these international deals, but in his words, "i'm hearing some crazy shit out there. I'm so sad for y'all"

But what are your thoughts? Are these international deals that bad?