Singer and Songwriter Stanley Omah Didia, popularly known as Omah Lay has reacted to the photo of a female fan who tattooed his name on her body. 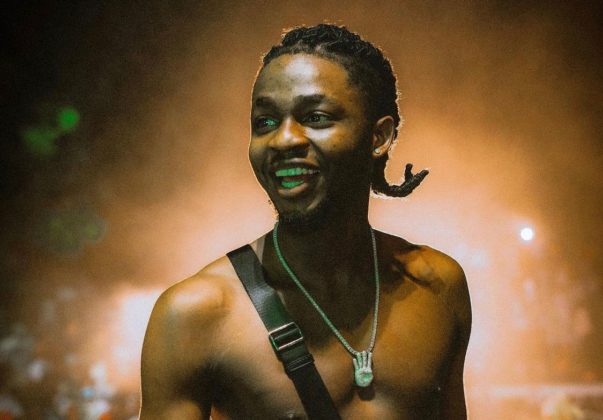 Singer and songwriter Stanley Omah Didia, popularly known as Omah Lay, has reacted to the photo of a female fan who tattooed his name on her body.

The said lady, identified as @iamicheni, shared a photo of the artiste’s name tattooed on her stomach. Away from the photo she shared, she also added a lengthy text, speaking about how Omah Lay’s music helped her get through depression. It read:

Hi OmahLay i have a CONFESSION, Hope i catch your attention i got an inscription as an appreciation for what your music did to me since last year at the peak of my depression. when my life was lo lo mum thinks i,m now worldly, that i’m no longer GODLY, But who are they to judge me when i’m still TALKING TO GOD. DAMN, i’ve gotten a couple of tounge lash on how you’re being a BAD INFLUENCE lol they CAN’T RELATE, i don’t expect them to UNDERSTAND. Man, i love YOU, FOREVER & promise never to SAY BYE BYE – from your biggest fan Icheni 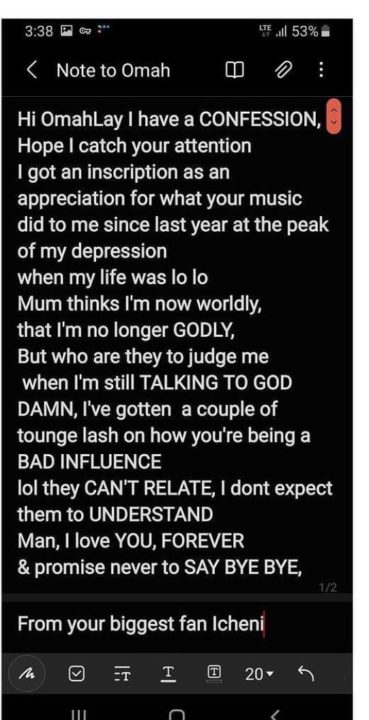 Reacting to the photo, Omah Lay posted the photo on his Instagram story claiming that his “fans are the craziest” 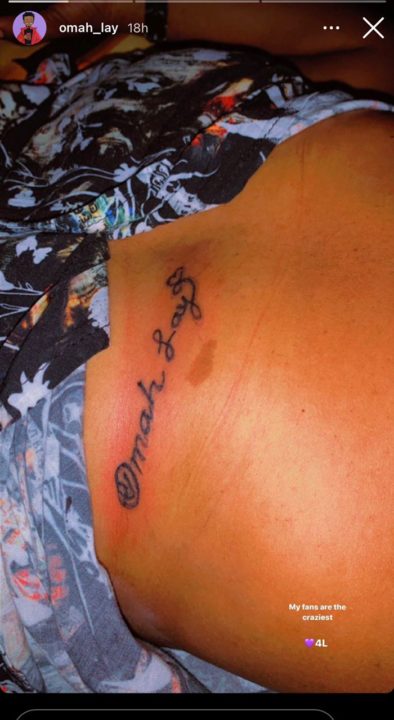