Nigerian fast-rising Afro-fusion artist, Omah Lay, took to his Twitter page to express shock and disappointment as his parody account blocks him and scams unsuspecting fans. 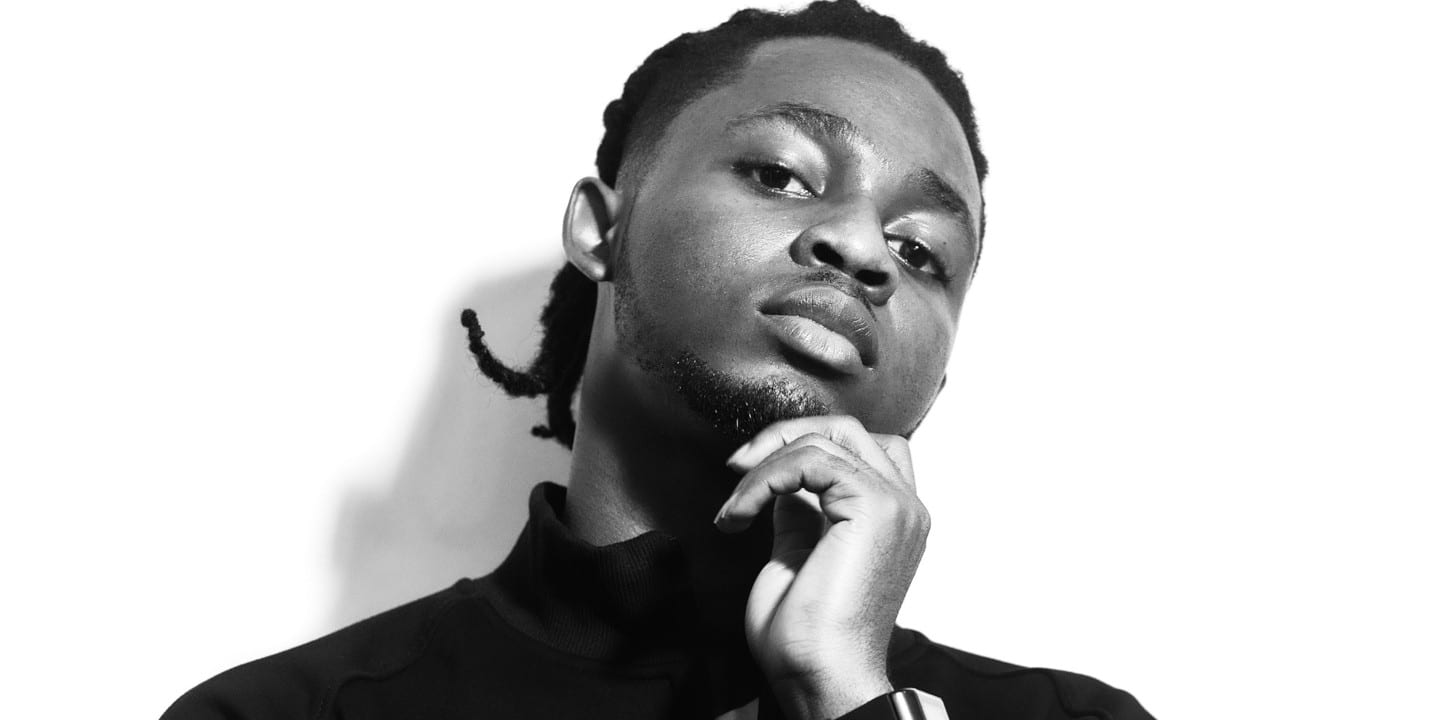 Most parody accounts on twitter are known to mimic the original artistes using the same avatar, trending post and even spread fake gist and run fake giveaways.

In this tweet below by Omah Lay on the 24th of September, he revealed some of his fans have been falling to fraudulent schemes by his parody account '@Omah_lay' and that they should know better

The artiste, Omah Lay now has a verified Twitter account which is @Omah_Lay with the L in caps. 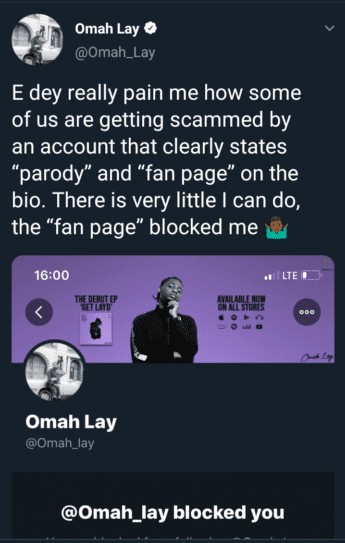 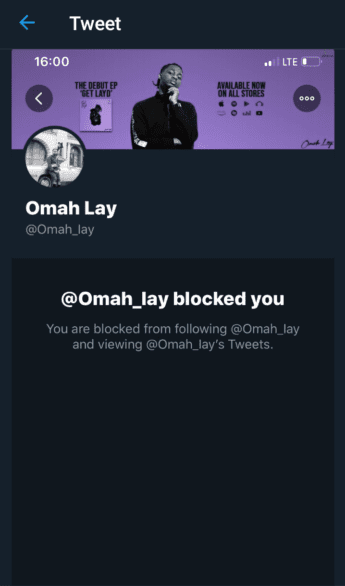