"Odunsi is going to be huge" - Davido on Hot97FM 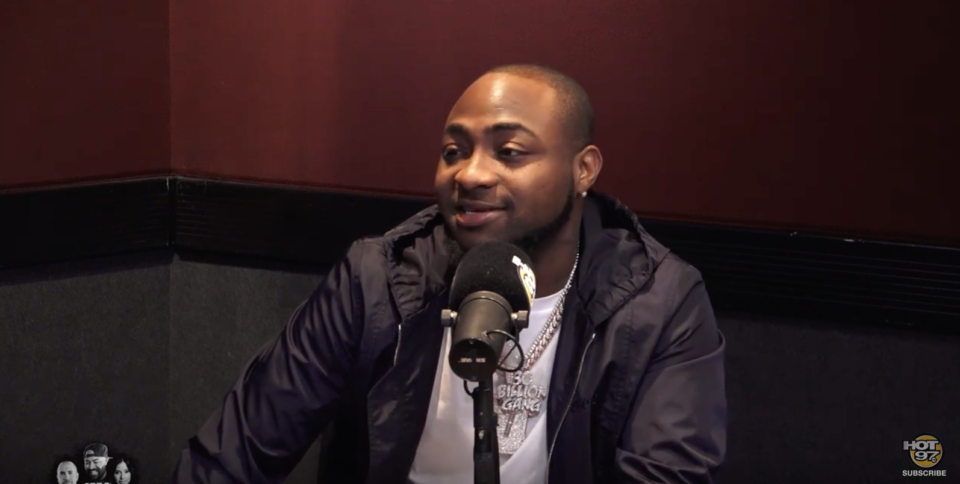 Davido continues his press tour with Ebro Darden popularly known as Oldman Ebro on Hot97 FM in the US and this time, the singer talks about not just the genre of his music and how it has evolved from Afrofusion or Afrobeat, but also the new music wave, Alternative sound popularly referred to as alte and how he was initially skeptical about the genre.

The singer stated that his sound initially was Afrofusion but with the growth of Afrobeat, he decided to flow with the genre and be a part of it.

Speaking about alternative music, OldmanEbro had stated that he has noticed that Davido is also active in pushing the alternative genre, which Davido responded with;

let me not front, before i used to be like mmm, but now i'm like I'm getting it and it's kind of getting bigger. There's Odunsi, there's Santi, and a lot of many others... they're doing good and they're getting a lot of support, but the thing about me and Burna's and Wizzy's sound, our sound is street sound so we have everybody including the locals listen to our songs and the alte sound ... people can't really get it... our settings don't really mix. When I go to their events, they be scared... but recently I'm liking the wave, I like Odunsi, Odunsi is gonna be huge, he's gonna be big".

Davido went on to talk about Odunsi's last show in Manchester that clashed with his event, but because of his love for the alte singer, he had to attend Odunsi's show in before coming down to his show,

Oldman Ebro also admitted that he's a fan of Odunsi and some other Nigerian Alte artiste.