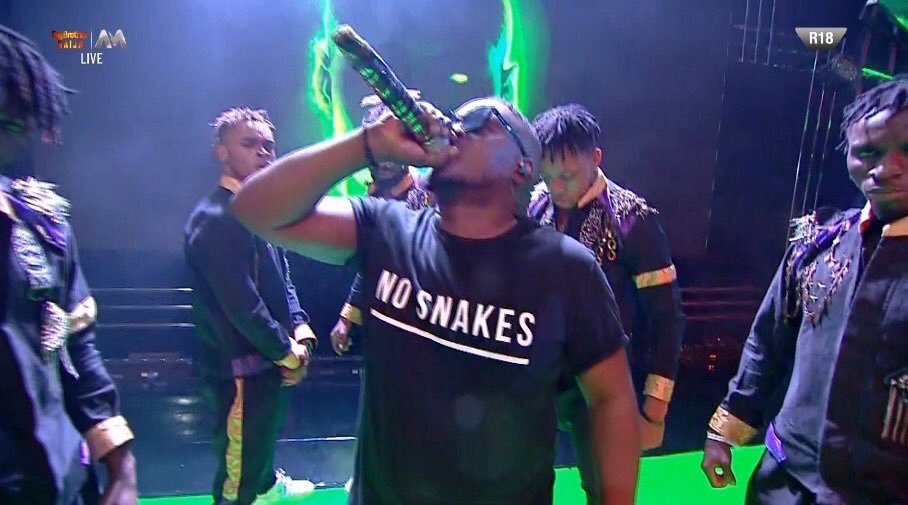 Apparently, MI Abaga is not done with his Diss with Vector even though his last record in a letter seemed like he was trying to act like the bigger man and stop the diss.

The rapper who recently performed at the Big Brother Naija grand finale's stage was seen wearing a "No Snake" tees that's obviously a reference to Vector's name "Viper" and to top it all, MI Abage was seen stepping on a viper underneath the stage which is a representation os Vector.

A lot of reactions have followed this performance with most condemning MI for continuing what he claimed Vector was initially promoting; the diss between them.

What do you think about this move though? Perfect for the battle or too petty for MI after his last track?

Watch the full performance of #Miabaga dissing #vector ... or what looks like it ? #miabaga #vectortheviper #afrobeats #music #Notjustok