Northboi Drags Wizkid For Not Giving Him Credit For 'Joro' 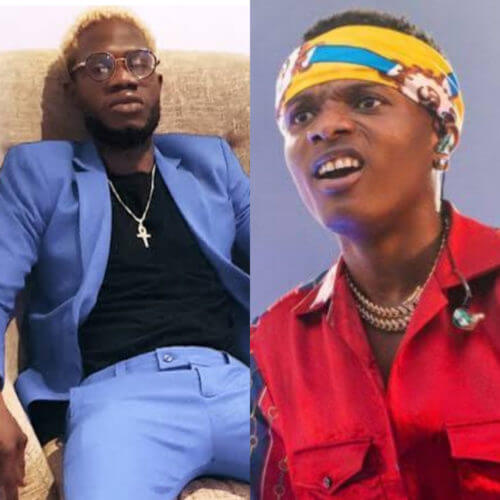 Wizkid is being dragged by Northboi, the producer of his recent "hit song", 'Joro' for not giving him credit for the song.

Northboi who became popular from his work with Wizkid on Soco went on Twitter on Saturday the 5th of October to tweet about not being mentioned by an artiste who people concluded to be Wizkid for his work on Joro.

Although Northboi did not mention Wizkid's name, the song which he referred to as the two biggest songs 'Ojuelegba' and 'Don't Dull' are from Wizkid so it is safe to imply he is talking about Wizkid. He said;
imagine being so powerful person wey you do beat for dey fear to promote you make you no pass am. Na my hand you collect your last global hit. after me all you have is ojuelegba and dont dull. 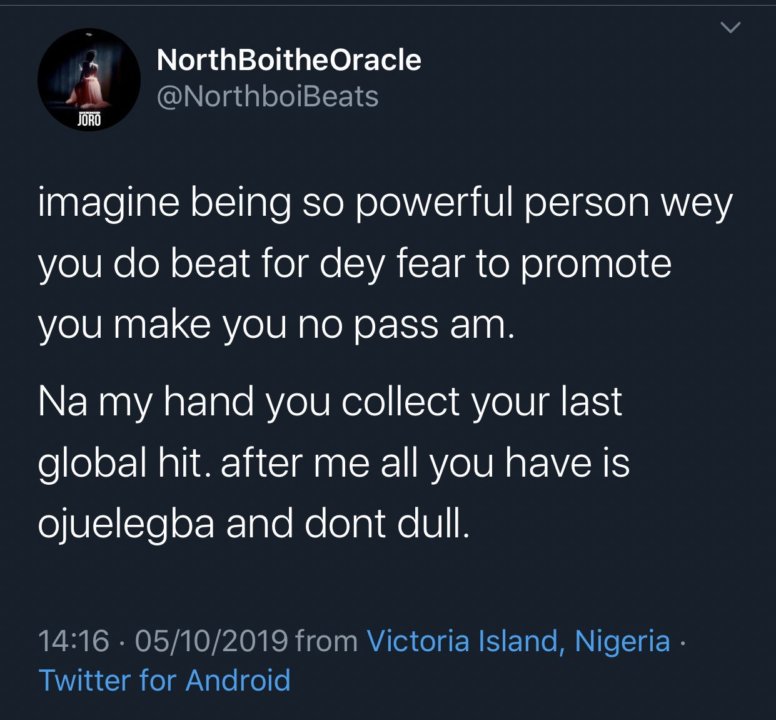 Responding to his tweet, Killertunes, also a producer whom Wizkid has credited for his album and produced some hit tracks tweeted;

If no be love wey I get for my chairman , wenti be concern me concern aboki before

This tweet came an hour after Wizkid applauded Killertunes for his upcoming album, urging fans to follow the producer.

Killatunes a great man!! Love you my bro. Appreciate you for everything ! Y’all follow @Killertunes_Tii and show him love for everything! Man finished my album! ❤️❤️❤️