Queen of Afro-house, Niniola Apata in a new interview with Beat FM has described her first encounter with producer Sarz and how he helped form her sound.

Niniola told Beat FM's Osi Suave that the story of her career will definitely not be complete without Sarz. The interview was held on the Beat FM Morning Rush show that aired on Friday, the 6th of August 2021. 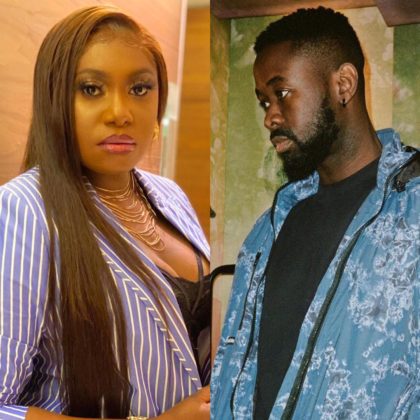 Niniola told Osi during the interview with Beat FM that when she searched for the best producers in the country, Sarz' name was on all the lists. She also described how she told him what kind of sound she wanted and he came up with a house beat for her. When Osi asked if she would credit Sarz for tilting her focus towards house music, Niniola said;

Oh I love Sarz so much! Every time I get the opportunity to talk about my career, it can't even be complete without Sarz. I remember when I googled best producers in Nigeria, his name was on all the lists and I reached out to him. When I sat down with him in the studio, I told him I want a sound that will accommodate me, singing and dancing at the same time. He was like I know what to give you. And when I heard the beat, I loved it. People heard it, they were like, oh this is house.

Niniola and Sarz have worked on countless hits together, and in the same Beat FM interview, she talks about her relationship with her sister and more.