Nike By Wizkid Sold Out In 10 Minutes!

The 2018 Wizkid Co-Creation stadium shirt called Nike by Wizkid has sold out just 10 minutes after it was officially released to the market. 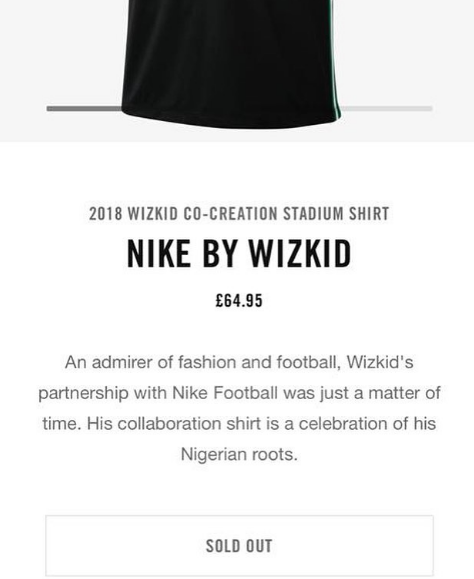 This news was made by the Wizkid who in excitement posted on his Instagram page with the caption;

The release date for the new jersey which is a collaboration between Wizkid and Nike was announced last week by Soco singer as he promised to use his own part of the proceeds from the collaboration to build schools for kids across Africa as that has been his dream. Well, that dream is looking like a reality faster than we thought.

This jersey according to Nike is a celebration of the singer's Nigerian roots and also a representation of the things that caught the fancy of Starboy; football and fashion.