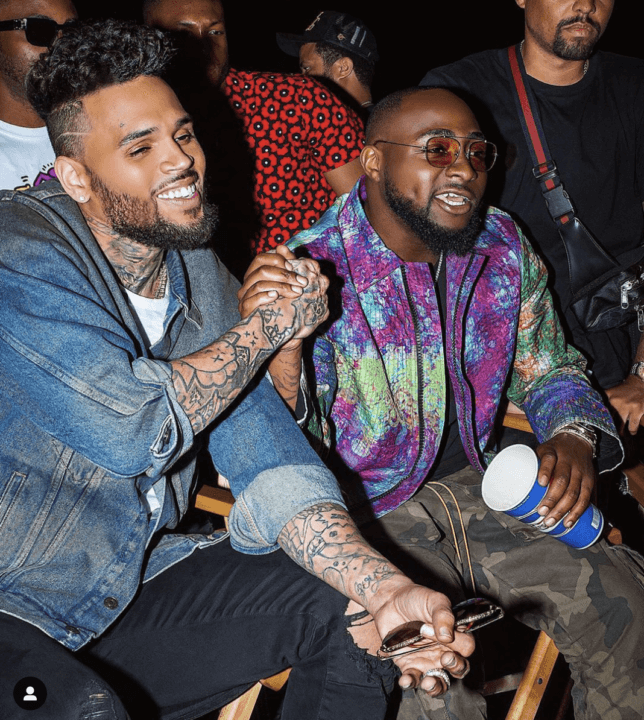 Davido has just announced that there is another song from him and Chris Brown to be released next week.

This announcement was made on Friday, 26th of September via Twitter by the afrobeats superstar who is at the verge of completing his new album. According to Davido, the new song, which title has not been revealed yet, is produced by Kiddominant, who from the emojis Davido generously typed, must have done an amazing job.

Speaking about Davido's new album, his manager, Asa Asika said Davido is almost done with it and promises that it is nothing less than the fire emoji which he describes it with. He said;

Been clearing @iam_Davido features these last few weeks, this album roll out is about to be

Davido's album presently has no release date and this new record with Chris Brown, although surprising, is not shocking because he has been on tour with the talented American singer and dancer, Chris Brown.